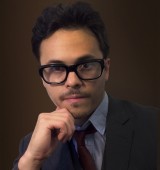 Born and raised in Los Angeles, California, K.C. Bryce Fitzgerald has been telling stories since he was five years old. Inspired by seeing George Lucas’s Star Wars as a child, K.C. embarked on an ambitious mission to become a writer-director and a master of his craft. Instead of following the traditional paths of filmmakers or novelists, K.C. decided to go his own way. He enrolled at the fiercely independent film program at the University of California, Santa Cruz, a school renowned for its “outside-the-box” philosophy.

K.C. immediately fell in love with Santa Cruz and decided to establish his artistic roots there. In college, he cut his teeth writing and directing short films, which were screened at the Santa Cruz Film Festival, and by his final year had single-handedly helmed a full-length feature film that screened to a sold out audience in Santa Cruz.

With these achievements under his belt, K.C. moved back to Los Angeles, where he spent several years making connections and working with respected film industry talent, including notable actors Frank Ashmore and R.J. Francis, as well as Academy Award® winning director Christopher Nolan and Academy Award® nominated filmmaker Roko Belic.

In the summer of 2012, K.C. founded his first independent film production coalition, and proceeded to broaden his professional horizons by directing several more short films and music videos, one of which was screened in the prestigious international LA Music Video Film Festival.

However, K.C.’s literary bones ached to explore an idea that had been haunting him since he was fifteen. Inspired by the explosion of the progressive social movement “Occupy Wall Street” in the fall of 2012, K.C. decided to temporarily relocate to Washington, D.C., where he started work on his debut novel The Lines of Union: a powerful, genre-smashing story about an inspirational reformist named John Herald who attempts to lead a movement to fix the broken government while trying prevent a second Civil War in a corrupt near-future United States. Written before the era of Feel The Bern and Donald Trump, K.C. was able to tap into the cultural zeitgeist, a sentiment reflected by many readers.

K.C.’s journey to find the pulse of a deeply divided America was completed in 2014, when he spent several months traveling alone across the United States, stopping in every metropolis and backroads town between New York and San Francisco. Deeply moved and transformed by this eye-opening experience, K.C. returned to Santa Cruz with a profound desire to use his art to change the world.

Since then, K.C. has spent his time continuing to hone his writing skills and production company, C4 Films, which he has partnered with notable Santa Cruz company Element Productions. K.C.’s poetry has been published in various online literary journals, including Burningword, where he was Featured Author of the Month. When not traveling, whiskey-tasting, or climbing mountains, K.C. spends his time working on multiple screenplays, an upcoming book of poetry, his second novel, and various film projects. K.C. views the cinematic and literary as inseparable, two forms of storytelling that are, in the words of master writer Ernest Hemingway, an undying search for a simple kind of truth.

To contact the author or read his thought-provoking blog, The New Paris, visit www.thesecondfitzgerald.com.

Where are you from? Where do you live now?
I was born and raised in a suburb of Los Angeles called Simi Valley. It’s home to the Ronald Reagan Presidential Library, several notable shopping malls, and the Rodney King trial. I moved to Santa Cruz and attended UC Santa Cruz and spent two years living in Washington, D.C. before moving back to Santa Cruz, which I proudly call home.
How long have you been writing? How did you start writing?
I’ve been telling stories since I was five. My mother homeschooled myself and my two brothers growing up, and when I wasn’t doing my lessons I was making up stories with them. I started writing poetry in high school but it wasn’t until I took a class on Contemporary Women’s Poetry in college that I truly started taking writing seriously.
Read more of this interview. 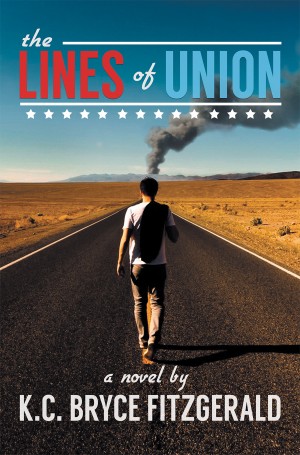 The Lines of Union by K.C. Bryce Fitzgerald
Price: $2.99 USD. Words: 126,500. Language: English. Published: November 1, 2016. Categories: Fiction » Literature » Literary, Fiction » Thriller & suspense » Action & suspense
In a corrupt, near-future United States, inspirational reformist John Herald attempts to lead a movement to fix the broken government while trying to prevent a second Civil War. Written in the heart of Washington, D.C., it is a powerful, genre-smashing story that taps into the cultural heartbeat of our deeply divided nation.

You have subscribed to alerts for K.C. Bryce Fitzgerald.

You have been added to K.C. Bryce Fitzgerald's favorite list.

You can also sign-up to receive email notifications whenever K.C. Bryce Fitzgerald releases a new book.