Tom Albert is a Maryland native and resident. He joined scouting at the age of 11 and obtained the rank of Eagle Scout in 1979, just before graduating from Walt Whitman High School in Bethesda. His first experiences at summer camp as a young scout were formative and piqued his interest and desire to return to work on staff, which he did for a period of thirteen years during and after high school. Tom was a volunteer and paid Firefighter/EMT for many years with the Wheaton Rescue Squad and Rockville Fire Department in Montgomery County, Maryland. He obtained his degree in Education from the University of Maryland, College Park. He taught science in the public school system before entering the private sector, and is currently active as a travel softball coach and in scouting as an Assistant Scoutmaster for Troop 944 in Ellicott City, MD. When not focusing on raising his two children with his wonderful wife for eighteen years, he enjoys coaching, playing the guitar, fishing and hunting with his son, cooking, and of course writing. 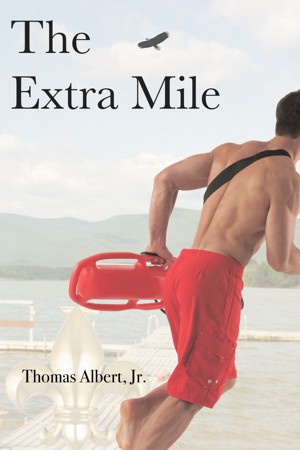 The Extra Mile by Thomas Albert, Jr
Price: $4.99 USD. Words: 72,360. Language: English. Published: January 28, 2014. Categories: Nonfiction » Biography » Personal memoir, Nonfiction » Relationships & Family » Friendship
Poignant and often hilarious, The Extra Mile tells the inspirational stories of a select group of camp counselors at one of the largest Boy Scout reservations in the nation, where every summer, hundreds of eager, young scouts come for a week, often for their first time away from home.

You have subscribed to alerts for Thomas Albert, Jr.

You have been added to Thomas Albert, Jr's favorite list.

You can also sign-up to receive email notifications whenever Thomas Albert, Jr releases a new book.