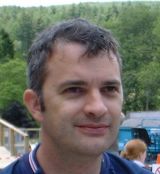 Tim C. Taylor is an author of science fiction. He was born in Colchester, England in 1970.
When he first thought of writing a story in the early naughties, he got a bit ahead of himself and searched Amazon for authors sharing his name. To find so many Tim Taylors already published was a crushing blow. Luckily his parents had foreseen this and provided him with a middle name. Now girded with a 'Middle C' the author saw early success published in print and online magazines before concentrating on writing novels. Recently he has been published in the Newcon Press anthologies: 'Shoes, Ships and Cadavers' and 'Further Conflicts'.

In Spring 2011 he launched an indie publisher of short stories, specialising in Sci Fi, horror, and fantasy: Greyhart Press.

In the real world, he is husband, Dad, sometime-brewer, and oftentime-builder of Lego constructs to his son's designs. After twenty years earning a living making software, he is now a full-time author. So expect to see much more from him soon. 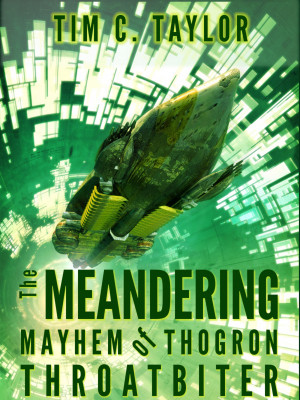 Imagine unstoppable barbarian armies that discover spaceflight. After they have conquered every inhabited planet in their system, what then? They take their pantheon of violence, pillage, and destruction to the stars, of course. But one day, their meandering mayhem must reach its inevitable conclusion. An irreverant science fiction short story from Greyhart Press.

You have subscribed to alerts for Tim C. Taylor.

You have been added to Tim C. Taylor's favorite list.

You can also sign-up to receive email notifications whenever Tim C. Taylor releases a new book.