Terry J. Benton grew up in the small town of Sylvania, Georgia. Terry's true passion lies in books. As an escape from the stresses of the workplace, he would often peruse the aisles of the local Barnes & Noble on his lunch breaks (when he wasn’t engrossed in a good novel). His favorite books include The Harry Potter series by J.K. Rowling, The Percy Jackson and the Olympians and Heroes of Olympus series by Rick Riordan, The Hunger Games series by Suzanne Collins, and His Dark Materials series by Phillip Pullman.

With such an immense love for reading and storytelling, it was only a matter of time before Terry embarked upon a project to write his first novel, Prelude to an Empire in 2011. It was on the day when he began this project that he truly understood what “fulfillment” meant; and since then his only regret was that he didn’t start writing sooner. Terry hopes to one day become a repeat New York Times Bestselling Author and also plans to break into the Children’s Fantasy genre next. 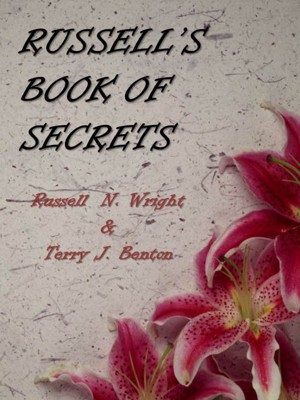 Russell's Book of Secrets by Terry J. Benton
Price: Free! Words: 20,690. Language: English. Published: August 31, 2012. Categories: Fiction » Plays & Screenplays » American
Russell N. Wright is the main character of PRELUDE TO AN EMPIRE. His Book of Secrets was taken from him, he desperately needs it back and YOU can help him. He's tried to recreate as much of the book as possible to aid in your search. Good luck and Godspeed!

You have subscribed to alerts for Terry J. Benton.

You have been added to Terry J. Benton's favorite list.

You can also sign-up to receive email notifications whenever Terry J. Benton releases a new book.