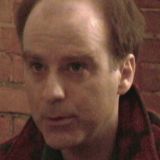 Terry McCarty was born on July 31, 1959 in Electra, Texas. He moved to Southern California in 1988. From 1988 to 1997, he worked as a background actor and occasional
stand-in for actors including Joe Pesci (THE PUBLIC EYE, LETHAL WEAPON 3,
and JIMMY HOLLYWOOD) and Wallace Shawn (HOUSE ARREST).

Terry began writing poetry in the summer of 1997. From 1998
to 1999, he was a member of the Midnight Special Bookstore poetry workshop in
Santa Monica. He has been a featured poet in several Southern California venues.
Terry has also featured at readings in Las Vegas, NV, San Francisco, CA, Santa Cruz, CA, Berkeley, CA and Seattle, WA.

In addition, Terry’s poem “Icarus’ Itinerary can be found in Tebot Bach’s 2003 anthology
of California poetry SO LUMINOUS THE WILDFLOWERS (for sale through
Amazon.com). He also appears in the anthology THE LONG WAY HOME: THE BEST OF THE LITTLE RED BOOKS SERIES (Lummox Press) 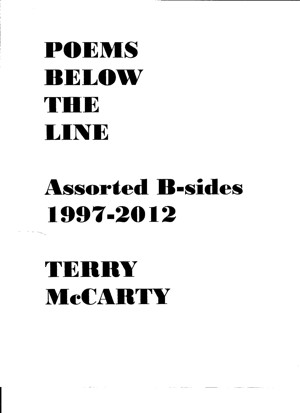 You have subscribed to alerts for Terry McCarty.

You have been added to Terry McCarty's favorite list.

You can also sign-up to receive email notifications whenever Terry McCarty releases a new book.