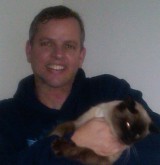 Todd Shewmaker served six years in the United States Navy on board a nuclear powered fast attack submarine. Like Matt Black and Freddy Reko in The Ticket, He served as a nuclear Machinists Mate, qualified in all Engine Room watch stations up to and including Engine Room Supervisor. During in his time in the navy, he experienced deployments to the North Atlantic, Mediterranean, and Caribbean.
After an honorable discharge from the Navy, Todd obtained a Bachelor of Science Degree in Chemistry from the University of Texas at San Antonio and was able to put his degree to work in the packaging industry as a plastics chemist.
For the past thirteen years, he worked in the demanding commercial nuclear power industry working in the areas of Chemistry, Maintenance, and Operations.
Todd began writing fictional short stories about sports, horror, and adventure as a hobby while he was in college. His love of sports history, Stephen King novels, and his life on board a submarine were his initial inspirations for his writing.
Currently, Todd resides in St. Joseph, Michigan where he occasionally catches a University of Michigan football or basketball game, watching his two daughters partake in their many sporting activities, or takes a trip up north to enjoy the beautiful Sleeping Bear Dunes in Northern Michigan. 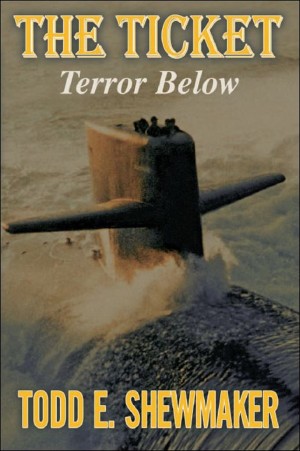 The Ticket “Terror Below” by Todd E. Shewmaker
Price: $5.99 USD. Words: 93,920. Language: American English. Published: September 4, 2014 by Brighton Publishing LLC. Categories: Fiction » Thriller & suspense » Action & suspense, Fiction » Historical » USA
An American submarine sinks under mysterious circumstances with all hands. Trip Black, nephew of one of the lost sailors, is determined to find out exactly what happened. What he uncovers is deception and lies that could start a world war.

You have subscribed to alerts for Todd E. Shewmaker.

You have been added to Todd E. Shewmaker's favorite list.

You can also sign-up to receive email notifications whenever Todd E. Shewmaker releases a new book.