The end of everything is going to be like a jumbo jet crash: what kills you is the sheer bouncing avoirdupois of all the other assholes jam-packed around you. The unprecedented apocalyptic monstrosity of the internet makes it obvious that our universe, and everybody in it, is hurtling into the final few screams of the Great Dissolution, as promised in the Vishnu Purana. The Night of Brahma will follow, when we all have to shut the fuck up, and even stop publishing e-books.

Our barely-average star, just another nondescript zhlub in the crowd, stumbles ever closer to the eliptical band-saw of the galactic plane. Spirits that have managed, during the preceding dozens of millennia, to grapple all the way up from a rock to a plant to a beast to a human (just barely in many cases), are grabbing for some self-consciousness, by means of which they might discharge a bit of karma before the shit hits the fan. It's the last few minutes before closing time at the big fire sale, and all the cash registers are mobbed.

Unfortunately, in way too many cases, self-consciousness entails self-expression. There are only slightly fewer "publishers" than "writers," and more "writers" than demons in the guts of the Gadarene swine. And ninety-nine percent of them have chosen to oink digitally. A broadband balloon of electromagnetic dreck is oozing from the top of our ionosphere and bulging at the speed of light toward the dumpsters behind Pluto's squalid strip mall, to be slopped on top of Hitler's televisation of the Nuremberg rally. To a radio telescope tripodded on the shore of a methane lake on some shitty distant moon, our published oeuvre must look like a blood blister distended to the point of bursting.

There was a time when scribblers banished to the contemptible wilderness west of the Hudson River were able to play the simple Essene. We planned our biblo-retirement in terms of inurnment, Qumran-style. Now the sand in which our Dead Sea Scrolls must be buried is composed of drifts of electrons, countless subatomic egos, splintered and sterile as the bits of shivered quartzite that make West Bank dunes writhe like salted slugs.

Apparently huge mobs of The Great Unwashed are born with--what? You can't call it a need, any more than drinking and breathing are needs; those are simply conditions of embodied existence. For artists as well as "artists," it would seem that flushing the psyche is no less metabolic.

But writing is strange. It's easy to posit a dancing gene, or a singing gene, or even a painting gene. We were spasming and belching and smearing our diarrhea on rocks before Ardipithecus ramidus came slouching along. But we've only had the written word for six thousand years--unless the experts are correct in their recent efforts to push it back another thirty centuries by imputing lexical import to the squiggles nobody notices at Lascaux (FaceBook of the Paleolithic). Still, is that long enough deoxyribonucleically to Darwinize writing as an inborn behavior? Is it "natural" to be tinkering with these little bits of alphabet, like a bonobo tweezing termites with a twig? That's the level of skill displayed by most knuckle-draggers with "book contracts" clenched in their prognathous jaws.

These days, becoming a "published author" requires less of a grunt than evacuating the bowels after breakfast buffet at a Mexican restaurant. And if you are among the shrinking minority of mutants who don't even pretend to have this predispositional urge to be literary, I can barely imagine the enviable sterility of your imagination, the lucky numbness of your sensorium. You and your drastically dwinding kind are excused from listening to what I've been assigned to say in this foreword to the new edition of My Hands Were Clean. Bless your vacant souls, you can fuck off to your early earthbound oblivion now.

Unlikely Stories Press has asked me to exhort everyone else to do something or other in relation to this book. Or maybe I'm supposed to beg them to refrain from doing something else. Whichever, whatever--it keeps slipping my mind. I'll assume that, if everyone else behaves in the desired way, they won't be robbing us.

I'm not sure if I'm supposed, further, to be urging these readers and these writers, these poets in their hundreds of thousands, to behave in other ways that will actually cause our coffers to swell. I'm told swelling of coffers to an exponential degree is made at least theoretically possible by this satellite-engendered pus bubble that swells overhead, assuming it doesn't pop before clearing the heliopause at the fizzling-out point of our niggling solar clump, seventeen-point-six billion miles away.

With a swollen coffer, yearnings for the early arrival of Brahma's Night will evaporate from my mind. The rigmarole of incarnation will begin to take on the illusory appearance of meaningfulness. I will be able to move into an apartment that most human beings would consider at least minimally livable. I'll become acclimated to this coat of skin, develop social skills, and write the complacent sort of smugness that can aspire to Oprah's canon. My words will be secured and copy-protected in the gated community that is Kindle, and everyone else can fuck on their "Creative Commons Attribution Share-Alike 2.0 Generic License."

When Tom Bradley was a little boy he was given a gazetteer for Christmas. As little boys will, he looked up all the places in the world that start with the F-word. There were two, Fukien in China and Fukuoka in Japan. Little did he suspect that he would one day be exiled to both.

Tom is a former lounge harpist. During his pre-exilic period, he played his own transcriptions of Bach and Debussy in a Salt Lake City synagogue that had been transformed into a pricey watering hole by a nephew of the Shah of Iran.

He taught anglophone literature to Chinese graduate students in the years leading up to the Tiananmen Square massacre. He was politely invited to leave China after burning a batch of student essays about the democracy movement rather than surrendering them to “the leaders.”

Tom wound up teaching conversational skills to freshman dentistry majors in the Japanese “imperial university” where they used to vivisect our bomber pilots and serve their livers raw at festive banquets. But his writing somehow sustains him.

Tom’s latest books are Family Romance, a novel illustrated by Nick Patterson (Jaded Ibis Press), A Pleasure Jaunt With One of the Sex Workers Who Don’t Exist in the People’s Republic of China (Neopoiesis Press), Bomb Baby (Enigmatic Ink), Vital Fluid (Crossing Chaos), Even the Dog Won’t Touch Me (Ahadada Press), Hemorrhaging Slave of an Obese Eunuch (Dog Horn Publishing), My Hands Were Clean (Unlikely Books) and Put It Down in a Book (The Drill Press), which was named 3:AM Magazine’s Non-Fiction Book of the Year. His newest novel, with secret name and hidden nature, illustrated by David Aronson, is coming soon from the occult publisher Mandrake of Oxford.

Further curiosity can be indulged at http://tombradley.org.

Tom Bradley is one of the most exasperating, offensive, pleasurable, and brilliant writers I know. I recommend his work to anyone with spiritual fortitude and a taste for something so strange that it might well be genius.
– Denis Dutton, Arts & Letters Daily

I tell you that Dr. Bradley has devoted his existence to writing because he intends for every center of consciousness, everywhere, in all planes and conditions (not just terrestrial female Homo sapiens in breeding prime), to love him forever, starting as soon as possible, though he’s prepared to wait thousands of centuries after he’s dead.
– Cye Johan, Exquisite Corpse

The contemporaries of Michelangelo found it useful to employ the term “terribilita” to characterize some of the expressions of his genius, and I will quote it here to sum up the shocking impact of this work as a whole. I read it in a state of fascination, admiration, awe, anxiety, and outrage.
– R.V. Cassill, editor of The Norton Anthology of Fiction

Where to find Tom Bradley online

Tom Bradley reads LEMUR
Novelist Tom Bradley performs a scene from his bizarro cult book, LEMUR, in which a would-be serial-killing bus boy tries his best to brain a large prostitute with a potato masher.

At the Creative Writing Workshop
"...in this vicious satire, Bradley hilariously sends up the PEN Club, the National Book Award, and the Writer-in Residence..." --Pacific Rim Review of Books

The Stylist
...a bit EVEN THE DOG WON'T TOUCH ME (Ahadada Press). "Sam Edwine got drunk one day last month and placed an incautious phone call to a 'communications corporation' in Los Angeles. Though he could not remember how, his loosened tongue had hustled an appointment to drop by and pitch a novel. Only problem was, he hadn't exactly written the novel yet. Or maybe it was a screenplay..." 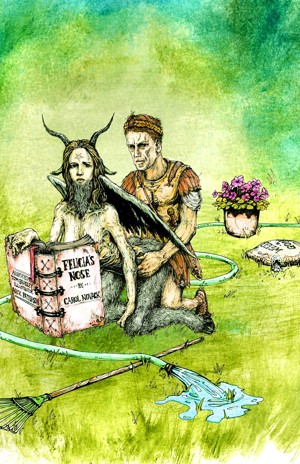 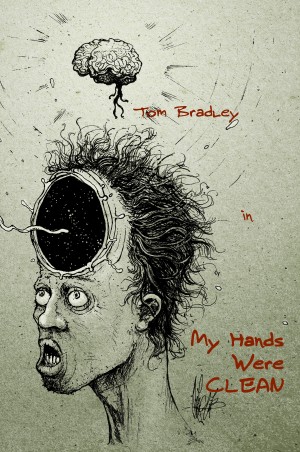 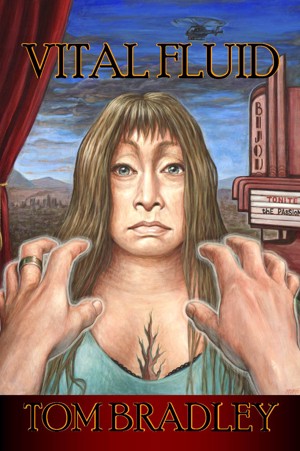 You have subscribed to alerts for Tom Bradley.

You have been added to Tom Bradley's favorite list.

You can also sign-up to receive email notifications whenever Tom Bradley releases a new book.