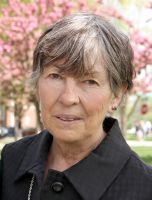 Toni Volk, born and raised in Montana, has a journalism degree from the University of Montana and an MFA from the Iowa Writers Workshop, which also awarded her the James Michener Fellowship. Toni Volk has lived and worked in Oregon, New York, Mexico and San Diego. She now resides and writes in Spokane, WA.

When did you first start writing?
I wrote my first story after my dad passed away. I was with him when he died, I was 25, and it was such an extraordinary experience, and of course, I could not talk about it. No one around me wanted to hear anything about it. But it so moved me and I was so frustrated wanting to examine it, wanting to articulate what it was like for me, those feelings of witnessing something sacred and in some odd way, lovely and touching—that and this sense of being honored to have been the one to share his going with him, my dad I loved so much. So about six months later, still not over losing him or the experience, I sat down on the grass outside this place I was staying at in Missouri—symbolic distance, I guess—with a pad and pen and wrote about it. And because I was still very close to it, I wrote it from a guy's point of view, then put it away in a box.

It wasn't until years later that I began writing in earnest, and years after that before I could actually let someone read my writing. Then it was several more years before I committed to it—before I said, good or not, this is what I'm going to do the rest of my life.
What was it that made you finally commit?
I was at the Iowa Writers Workshop and had an editing assistantship, much like the teaching assistantships many grad students get. There was an editor who worked on the same floor there who had been through the workshop years before. He'd even received an NEA grant and had gone to the Provincetown Fine Arts Center. I was very impressed. He wanted to see something of mine, so I gave him a story I was working on. A day or so later, he showed up at my office and slapped my manuscript down on the desk. He was clearly unhappy about delivering the bad news. He didn't know what to say, is how he put it.

In that moment, it was clear. I don't care, I thought, because this is the first thing I've ever really loved doing and I'm not going to stop. I'll just have to get better. That sudden clarity remains among my fondest memories. By this time I was 39 or 40, because I recall having my 40th birthday at Iowa. So, you see, I was a slow bloomer, as well as a late one.
Read more of this interview.

Where to find Toni Volk online 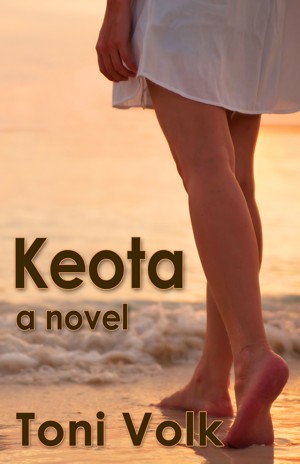 Keota by Toni Volk
Price: $5.99 USD. Words: 123,380. Language: American English. Published: November 15, 2013. Categories: Fiction » Literature » Plays & Screenplays
This is the story of Keota who runs out on her young daughter; Chris, the daughter she abandons; and Chris's friend Rainy who sees her through it all. When an adult, Chris wants to find out what happened to Keota and pesters Rainy to go with her—all the way to Mexico. In this land of stark beauty and ever-impending danger, these three brave women risk everything to find what they each need most. 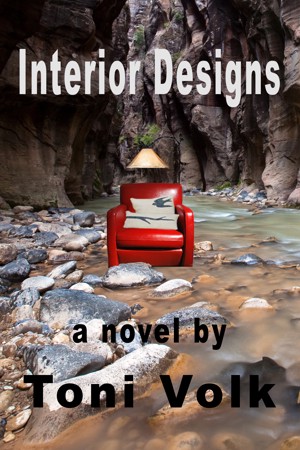 Interior Designs by Toni Volk
Price: $5.99 USD. Words: 102,440. Language: English. Published: September 11, 2013. Categories: Fiction » Literature » Literary, Fiction » Themes & motifs » Family sagas
Toni Volk's novel, Interior Designs, is a quietly radiant story of an endearingly crazy Montana family. It is the compelling saga of Annie, who announces to her husband Morton that she's giving up sex. Her decision sets off both a search for her own place in the world and an ongoing struggle to understand the conflicting relationships that have brought her to this point. 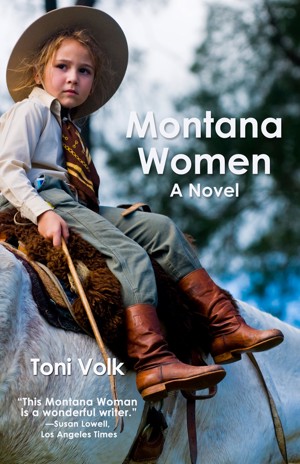 Montana Women by Toni Volk
Price: $5.99 USD. Words: 94,750. Language: English. Published: July 19, 2013. Categories: Fiction » Literature » Literary, Fiction » Themes & motifs » Family sagas
Montana Women is a deeply affecting novel about the inextricable bonds of family and place—how they define and limit us, but also how we can find ourselves within them if we survive long enough. It is a complex story, beautifully and simply told in a voice that is at once as lyrical as the mountains, and straightforward as a prairie.

You have subscribed to alerts for Toni Volk.

You have been added to Toni Volk's favorite list.

You can also sign-up to receive email notifications whenever Toni Volk releases a new book.