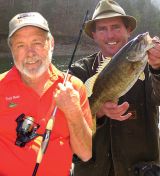 Tony Bean was a smallmouth bass expert who wrote "Tony Bean’s Smallmouth Guide" in 1989, and soon after became a Diawa field staff member and eventually a national team member. He helped with the design of Diawa’s first smallmouth bass rod, and the rod was named after him.

He contributed to North American Fisherman’s book, Smallmouth Strategies, and The Hunting and Fishing Library’s books on smallmouth bass, Fishing Update, and Secrets of the Fishing Pros.

He was a fishing guide on Percy Priest Lake outside of Nashville, and says, “This was a great time in my life. I guided country music stars like Porter Wagoner and Jerry Reed who became a good friends and fishing buddies along with John Anderson and others.”

He has also given lectures and seminars all over the country for decades. He’s known as the “Grub and Fly Man.”
Tony says, “I like doing the talks more than any other thing. If I had the choice between fishing for the rest of my life or doing lectures and talking with people - I would without question take the talking. I love it when people say, ‘I was at the last talk you did and I caught my biggest smallmouth using one of your techniques.’ That’s when all of the work I’ve done feels worthwhile.”

A historian by nature, Darren Shell has recorded local Tennessee history in a number of books from ghost stories, to lake history, to the history of the game of marbles near his native mid-south homeland of middle Tennessee. His recent emergence as a fictional author has been both playful and fun for those acquainted with his usual documentary work. His book “The Big Ones” chronicles the fish stories and interviews behind many of the biggest Smallmouth Bass ever caught in the world. He lives with his wife and daughter at his family-run marina on Dale Hollow Lake, Tennessee. 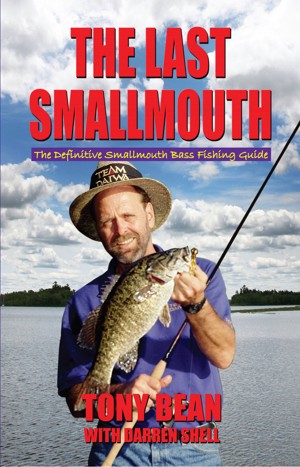 You have subscribed to alerts for Tony Bean.

You have been added to Tony Bean's favorite list.

You can also sign-up to receive email notifications whenever Tony Bean releases a new book.