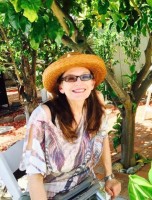 Charlotte Lyter Mankin lives in the Sierra Nevada foothills of California's famous Gold Country. She enjoys collecting Native American art, John Wayne pictures, barn pictures and lighthouse scenes.
At one time she and her husband Charlie obedience-trained German Shepherds, winning many trophies. When she was in the hospital, her husband brought her three trophies hidden behind his back for a surprise. Years ago Charlotte won the "Volunteer of the Year" award at the VA Hospital in Reno, Nevada. Her title was "Popcorn lady' as she operated the popcorn machine for the staff,visitors,patients and volunteers. Before retiring she joined AmeriCorp and worked under the auspicious of The Child Abuse Prevention Council.

Today she may be found doing research about her second cousin, four times removed, Benjamin Lundy, a Pre-Civil War abolitionist.

It is her goal to share the information with others through her new ebook, "Benjamin Lundy's Last Walk." Others may be interested in how he fought through his pen, paper, and lectures to free the slaves from bondage.

How do you discover the ebooks you read?
In Smashwords I have read several books that are in my library. i am reading one now. Why go any where else.
Do you remember the first story you ever wrote?
My very first story I wrote as I recall was in school when I wrote a story about a lame horse that was healed by prayer. This was a true story. At one time we had two horses, a mother horse and her young filly one was limping. I don't remember which one was limping but I do recall praying and the next day or soon after the limp disappeared.
Read more of this interview. 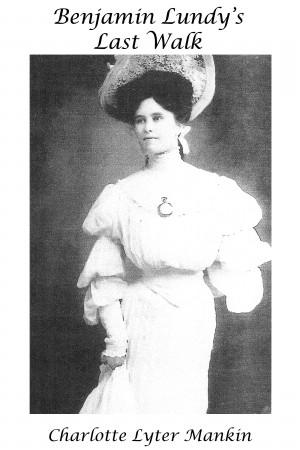 One man’s story of the struggle to help end slavery. His life was an example to other abolitionists. Slaves came to him in the dark of the night to plead for help. Every waking moment his goal was before him. Anti-slavery societies used his ideas before the Civil War. Lundy was a mentor to many abolitionists.

You have subscribed to alerts for Charlotte Lyter Mankin.

You have been added to Charlotte Lyter Mankin's favorite list.

You can also sign-up to receive email notifications whenever Charlotte Lyter Mankin releases a new book.