I was born to a loving family in a town of 200 in southwestern Pennsylvania in 1941, grew up there and graduated from Forbes High School in the same small town of Kantner. After graduating from Penn State, I began teaching math and science in Dallastown Public Schools in Dallastown, PA. The next year my sweetheart and I got married in a double wedding with her twin sister and her fiance, and then took an eight-week camping honeymoon across the USA with Norma's sister and new husband (separate tents of course). After a few years I became a counselor and moved to York Campus of Penn State. My brother-in-law and I became interested in the potato chip business, and we started Saguaro Potato Chip Co. in Tucson, AZ. Our customers didn't do as good a job as we did, so we exited the chip business and re-entered education, leading to my position of business manager of Vail School District just outside Tucson. Within a few years the principal of Grace Christian School asked me to join the staff, and I agreed. I was math/science teacher and business manager until I got the bright idea to go into the photography business full time. Once again, the customers didn't do their part. After Norma retired from teaching, God called us into a ministry to people in campgrounds, Creation Beckons, and we have been in pursuit of doing that full time since then.
In the midst of all this, God blessed Norma and me with three great blessings, our three sons, Tim, Brian, and Jason. Their presence in our lives is a larger blessing than I could have ever imagined, and they have brought three beautiful ladies, Michelle, Adrienne, and Danielle into this family with no daughters. Our latest blessings are seven grandchildren, Josh, Megan, Emily, Jonathan, Benjamin, Haley, and Noah. I never really understood how each of us could be God's favorite until I had grandchildren, but now I understand because I experience the same feeling that each one of my grandchildren is my favorite.
Throughout my life I have enjoyed putting thoughts to paper, and when I began receiving inspirations from God, I began writing devotionals on many different topics. I hope you will enjoy the ones included here.
God bless you with His best!

Where did you grow up, and how did this influence your writing?
I grew up in rural southwestern Pennsylvania -- a little town called Kantner (population 200) in Somerset County. Our hometown high school was originally called "Hooversville, Stoystown, Quemahoning Township High School, but the name was shortened to Forbes High School in the 1950s.
What's the story behind your latest book?
My latest book, "The Lord, The Rock, The Word Devotions of a Follower" is a compilation of thirty five of the devotionals I have written in the past few years. Many of them were written when we were out in the campgrounds of America developing a ministry called "Creation Beckons," a ministry using God's creation to call people to Him.
Read more of this interview.

Where to find Edwin Croyle online 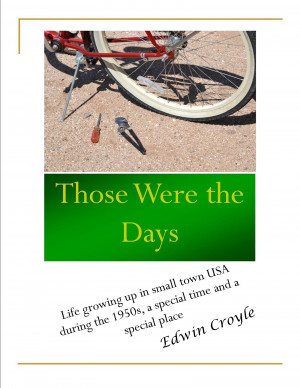 Those Were the Days by Edwin Croyle
Price: $2.99 USD. Words: 31,280. Language: English. Published: September 20, 2018. Categories: Nonfiction » Biography » Personal memoir
A chronicle of growing up in small-town America in the 1950s, a magical time in a magical place. 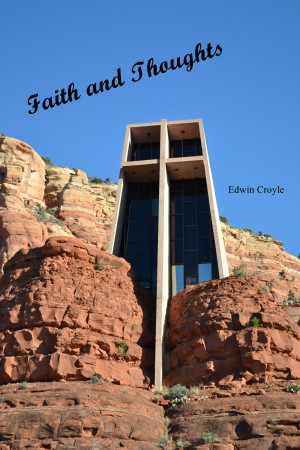 Faith and Thought by Edwin Croyle
Price: $2.99 USD. Words: 17,890. Language: English. Published: March 15, 2018. Categories: Nonfiction » Religion & Spirituality » Devotional
This collection of forty-two devotionals stretches from the exciting first Call of God upon a life to the eternal joy of life alongside Him. Many of the devotionals relate to the every day experience of the challenging, but rewarding, Christian life. Each devotional has been inspired by God, but I do not claim them to be "the Word of the Lord." 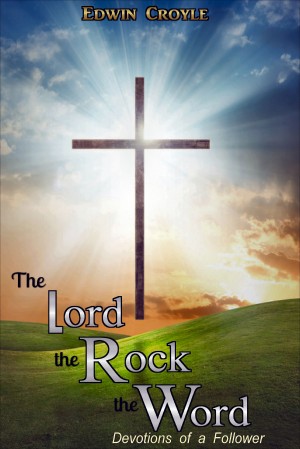 The Lord, the Rock, the Word Devotions of a Follower by Edwin Croyle
Price: $2.99 USD. Words: 18,800. Language: English. Published: November 3, 2016. Categories: Nonfiction » Religion & Spirituality » Christian Life / Inspirational
The "Lord, the Rock, the Word" is a collection of short devotionals written by a former Christian school teacher/administrator. Each devotional begins with a photograph of God's great creation.

You have subscribed to alerts for Edwin Croyle.

You have been added to Edwin Croyle's favorite list.

You can also sign-up to receive email notifications whenever Edwin Croyle releases a new book.