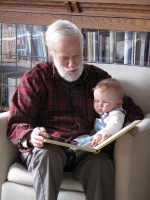 John M. Braden was born (in 1942), raised and educated in Ontario, Canada. For several years in the
1960s and 1970s, he lived and worked outside of North America. Since then, he has been living back in
Canada, mostly in rural eastern Ontario. He has worked at various jobs and on various projects over the
years. In addition, since at least the 1970s, he has been thinking about and reading about the ideas put
forward in this book.

Although the book deals mostly with what he calls Intelligent National Frugality, Braden and his wife,
Judith Wolfe, have also tried to incorporate a fair amount of personal frugality into their private lives.
The results have been uneven. In and around their small rural home, they keep their consumption of
energy quite low in a variety of ways. But as regards transportation, they still cover considerable
distances by private car every year, not to mention the odd trip by commercial airliner.

In general, Braden feels, rural living has provided him with a setting (peace, quiet, nature, available
time) conducive to the writing of a book such as this. 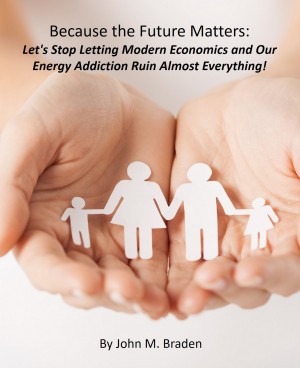 You have subscribed to alerts for John M. Braden.

You have been added to John M. Braden's favorite list.

You can also sign-up to receive email notifications whenever John M. Braden releases a new book.