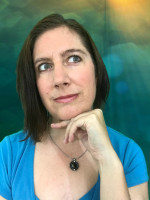 I'm an aromantic, asexual, agender person who is currently using she/her pronouns. Writing has given me the opportunity to discover and represent so many identities, and in turn find myself. I feel like diverse identities should exist in literature without being a central aspect of the plot. I have created several short films about asexuality, inspired by my own journey to self-discovery. Learn more about my creative side and my writing at http://www.valeriejmikles.com

I'm also a PhD astronomer and former black hole hunter. I defected from academia and currently work for NOAA as a Senior Systems Engineer on a polar-orbiting weather satellite. My motto in life is that I can be everything I want, just not all at the same time

What was your inspiration for this book series?
I was sitting at work one day. When I was an undergrad, I got a job as a research assistant, because there was no way I was going to grad school to become a full time scientist if I couldn’t handle doing it ten hours a week. My boss had a picture in his office – a satellite composite of North America at night – just the city glow. That picture was next to my computer and I looked at it every day as my programs were processing data. One day, I opened a text file and started to write a story about someone on the moon, looking down at the Earth, seeing that view that the picture captured. That’s where it all began. When I graduated, my boss gave me a copy of that picture, and it still hangs over my desk.
Ultimately, you did go to grad school and got a PhD in Astronomy. How did you get into that?
In the second grade, maybe third, we had an astronomy unit, and the teacher told us to learn as much as we could, because astronomy was not part of the science curriculum after that year. And I felt so cheated, because I loved space. It really stood out to me in the years after, how the biology/chemistry/physics trio got more and more focus and every other branch of science was phased out. So in the eighth grade, I did a research project about the Life of Stars, and that’s when I discovered black holes, and I thought they were the coolest thing—dead stars collapsing under the weight of their own gravity into tiny, tiny dimensions. Then I found out someone would actually pay me to do that, and so I became a black hole hunter.
Read more of this interview. 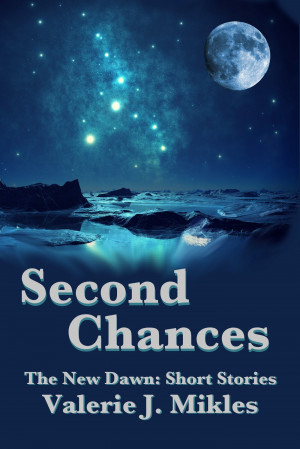 You have subscribed to alerts for Valerie J Mikles.

You have been added to Valerie J Mikles's favorite list.

You can also sign-up to receive email notifications whenever Valerie J Mikles releases a new book.