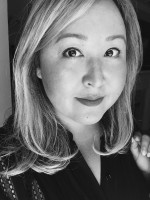 After receiving a master’s from UCLA in 2000, she taught courses on gender, immigration, and writing at UCSB, UCLA, and 826LA, respectively. Her research on Asian American males and import car culture in southern California was published as a chapter in the award-winning collection, Asian American Youth (Routledge), and was taught at esteemed universities such as Cornell University and Oberlin College.

The daughter of a Dublin-born Jewish mother and Korean father, Victoria was raised in Irvine, California and maintains dual citizenship in Ireland. She's the author of the 2015 novel, The Things We Tell Ourselves (Standard Time Press), and These Violent Delights (Griffith Moon), published in the fall of 2017.

When did you first start writing?
I took a summer writing course for kids at UC Irvine when I was about twelve. That was the first time I realized that I might want to do this as a career. I wasn't thinking fiction per se, but I had a general interest in writing essays and liked the idea of contributing to a larger conversation. In high school I wrote for our yearbook and in college I began writing articles and ran a small zine on campus.
What's the story behind your latest book?
At its heart, the book is about the damage that one generation can inflict on the next and how we all tell ourselves things to justify our behaviors, good and bad. I wanted to write an untraditional love story that explored monogamy and technology in our fast-paced society. My protagonist, Georgina Park, is a young aspiring journalist and overall good girl. She decides to do one wild thing--have an affair with an older, married man--and the decision changes her life forever.
Read more of this interview.

Where to find Victoria Namkung online 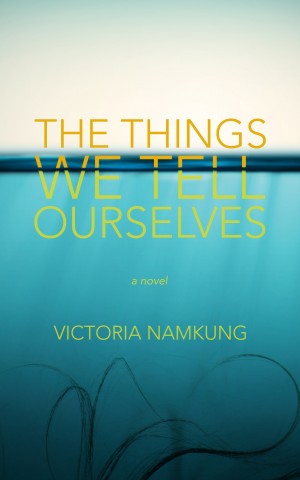 The Things We Tell Ourselves: A Novel by Victoria Namkung
Price: $0.99 USD. Words: 81,000. Language: English. Published: July 21, 2015. Categories: Fiction » Women's fiction » General, Fiction » Thriller & suspense » Action & suspense
When a young writer enters into an affair with a charming foreign correspondent, she has no idea that an uncharacteristic moment of spontaneity will change her life forever.

You have subscribed to alerts for Victoria Namkung.

You have been added to Victoria Namkung's favorite list.

You can also sign-up to receive email notifications whenever Victoria Namkung releases a new book.