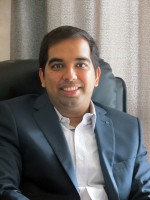 Vikram Venkataraghavan was born in Chennai, India, and moved to Tokyo, Japan in 2013. He graduated from the Bournemouth University, UK, and has pursued a career in animation. He specializes in creating digital characters that convey a story and deep meaning. His sculptures have been showcased in many art websites and festivals. With a keen analytical mind, Vikram takes interest in topics ranging from science, technology, current events, history, mythology, religion and entertainment. With "The Yorkshire Biryani, he is now experimenting with and experiencing another form of creative vigor, story-telling. Being imaginative by nature, he constructs his stories based on theory and research.

Where did you grow up, and how did this influence your writing?
I grew up in Chennai, a city in the south of India, and later travelled to UK for studying. This novel is set in both these countries and my understanding these countries actually influenced me to write this novel
What's the story behind your latest book?
This novel is a comical alternate history in which India has successfully conquered the world in the past and spread it's culture across the world. Along with it's culture came it's chaos, confusion, religion, food and languages. India meanwhile has progressed steadily through the years and has become the most powerful nation in the world, a country that everyone wants to travel to
Read more of this interview.

Where to find Vikram Venkataraghavan online 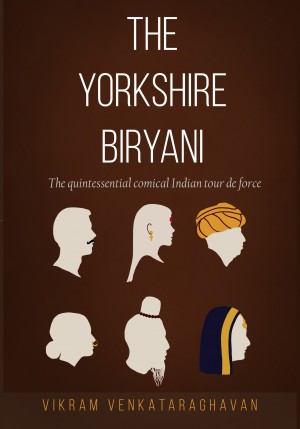 The Yorkshire Biryani by Vikram Venkataraghavan
Price: $0.99 USD. Words: 77,870. Language: British English. Published: July 21, 2016. Categories: Fiction » Alternative history
The quintessential comical Indian tour de force. Imagine your hometown with a plethora of colours, having the most diverse people, a multitude of languages, religions, mindsets and gods. One word immediately pops up in our mind -“INDIA”. Now imagine the entire world like this –This is exactly what this novel delivers, topped with emotions and romance in a world with alternate history.

You have subscribed to alerts for Vikram Venkataraghavan.

You have been added to Vikram Venkataraghavan's favorite list.

You can also sign-up to receive email notifications whenever Vikram Venkataraghavan releases a new book.