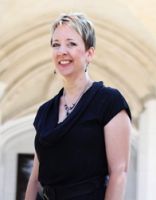 Vanessa Kier spends way too much time thinking up ways she can torture her characters. A worst-case scenario thinker, she's been creating stories in her head since childhood. Now she channels her persistently dark what-if questions into writing romantic thrillers that combine intense emotion with action-packed plots. The author of The Surgical Strike Unit series about a privately run special operations group, she has set her new series WAR in West Africa, where she lived for a time.

When she’s not writing, listening to music, or playing puzzle games on her mobile device, Vanessa helps writers learn Scrivener and takes long hikes in the nearby hills.

When did you first start writing?
Okay, I admit it. I'm one of those writers who's been making up stories since I was a girl. Sometimes I shared them, more often the stories stayed inside my head. But then I grew up and the stories became more complex. Finally it got to the point where my head was so full, I had to get the stories out on paper. I started writing down my stories in high school.
What's the story behind your latest book?
Ever since I left West Africa I’ve wanted to set a story there. But I had to wait for the right idea to take root. Eventually, the idea for WAR popped into my head. WAR stands for West African Rangers, an underground resistance organization. The world in which WAR operates is a fictionalized version of West Africa. I spent quite a lot of time researching the history and demographics of the region before I decided on which countries to merge and which countries to split in my new reality. I even drew a map by hand that displays the new countries and their borders.

In this version of West Africa, a vicious group of rebels have emerged, calling themselves the African Freedom Army. Their stated intent is to rid West Africa of all foreign influence and to build West Africa into a stronger, more profitable region based solely on the intellectual and physical strength of its people. Their underlying goal, however, is to turn the region into a staging ground for terrorist attacks against the rest of the world. As AFA grows in power and takes more territory, the corrupt and inefficient governments of West Africa prove unable to successfully defend themselves. With the U.S. and other powers distracted by events in the Middle East and Asia, West Africa is on its own.

WAR is created by a former government official who understands that governments alone are not going to be able to save the region from falling to the rebels. WAR recruits those people brave enough to stand up to the rebels. Military personnel, doctors, journalists, and so forth, these supporters contribute to WAR the best they can, turning it into a sort of Robin Hood organization that offers help to the oppressed while fighting a guerrilla war against the rebels. WAR has also attracted a great number of expats to its ranks, particularly foreign soldiers who see this region as a strategically key spot that must remain free and democratic in order to protect the security of the rest of the world. Most of the foreigners who have aligned with WAR also have personal reasons for staying in West Africa and joining the fight.

This setup allows me to write a multi-national cast. The hero and heroine of the first book are both American. The hero of the second book is Scottish. The rest of the current cast includes West Africans, a South African, a Brit, a Swede, and of course, more Americans.

I’m so excited to be finally able to share this amazing world with my readers!

The first book in this series is WAR: Disruption.
Read more of this interview.

Where to find Vanessa Kier online 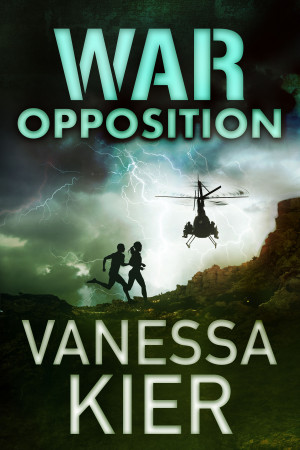 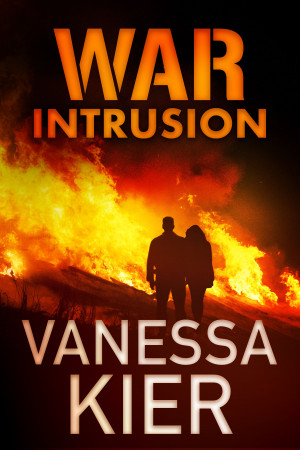 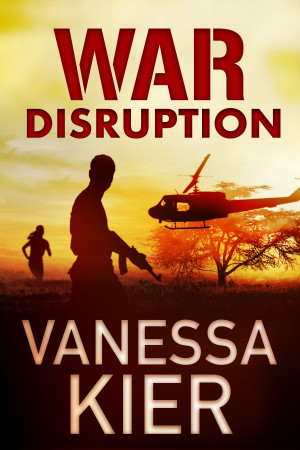 WAR: Disruption (WAR Book 1) by Vanessa Kier
Series: WAR, Book 1. Price: $5.99 USD. Words: 106,100. Language: English. Published: May 21, 2015. Categories: Fiction » Romance » Action/adventure, Fiction » Adventure » Action
He’s been trained for war, but nothing prepared him for love...Rogue black ops agent Max Lansing is forced to work with former prima ballerina Emily Iwasaki to recover a weapon of mass destruction and bring down an international arms dealer. Max will do anything to save the woman he now loves, even walk away from the vengeance he promised his brother. 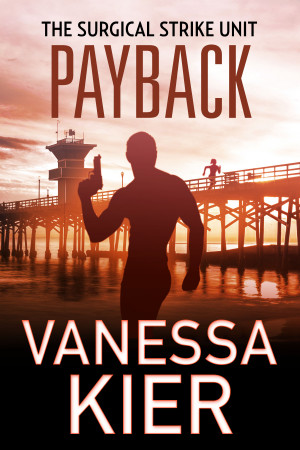 Payback (The SSU Book 4) by Vanessa Kier
Series: The Surgical Strike Unit, Book 4. Price: $5.99 USD. Words: 48,630. Language: English. Published: September 4, 2014. Categories: Fiction » Romance » Suspense, Fiction » Thriller & suspense » Spies & espionage
A change of conscience leads a cold-hearted spy to risk his life for the woman he never thought he would want…When ruthless, arrogant CIA agent Mark Tonelli joins the black ops group Kerberos, he discovers that there are some lines even he won’t cross. His long-dead conscience roars back to life, but can he save the woman he’s falling for, and her brother, before it’s too late? 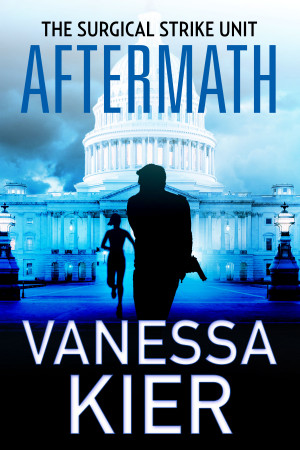 Aftermath (The SSU Book 5) by Vanessa Kier
Series: The Surgical Strike Unit, Book 5. Price: $5.99 USD. Words: 49,700. Language: English. Published: September 3, 2014. Categories: Fiction » Romance » Suspense, Fiction » Thriller & suspense » Spies & espionage
His job is keeping national secrets. Her job is to ferret them out. Ryker, head of the private security group that ended Kerberos, discovers that not all of the men responsible were brought to justice. Someone is trying to resurrect the program. They will do anything to keep their involvement a secret, including kill the sexy, headstrong reporter who wants answers Ryker’s not allowed to give. 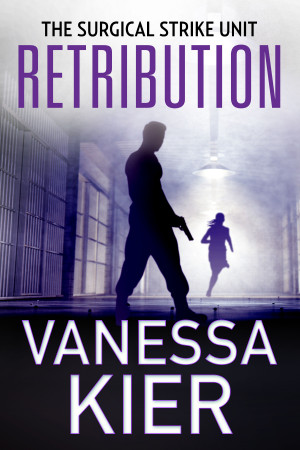 Retribution (The SSU Book 3) by Vanessa Kier
Series: The Surgical Strike Unit, Book 3. Price: $5.99 USD. Words: 101,070. Language: English. Published: August 3, 2013. Categories: Fiction » Romance » Suspense, Fiction » Thriller & suspense » Action & suspense
A shadowy government organization is about to unleash a secret weapon against an innocent population. The subject of a brutal experiment that’s slowly eroding everything that makes him human, Rafe Andros fights to remember Dr. Gabby Montague. Only she can unlock the secrets inside his mind that will stop a devastating attack from killing thousands of innocent people, including the woman he loves. 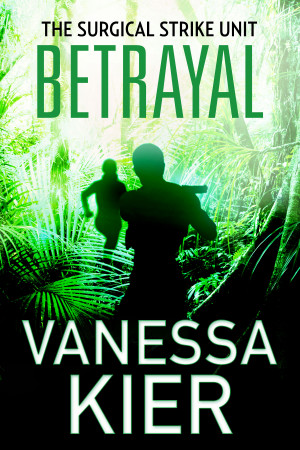 Betrayal (The SSU Book 2) by Vanessa Kier
Series: The Surgical Strike Unit, Book 2. Price: $5.99 USD. Words: 102,170. Language: English. Published: August 3, 2013. Categories: Fiction » Romance » Suspense, Fiction » Thriller & suspense » Action & suspense
An innocent woman is caught in the crosshairs of an international manhunt. Her only hope of escaping the jungle alive is the most wanted man on the planet. He’ll never outrun his nightmares or his guilt, but if Kai Paterson can save archeologist Susana Dias, maybe he can balance the scales and wash some of the blood from his hands. Can he complete his mission without hurting the woman he loves? 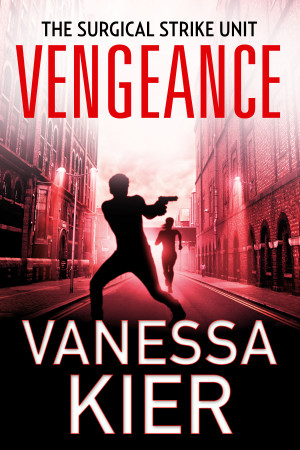 Vengeance (The SSU Book 1) by Vanessa Kier
Series: The Surgical Strike Unit, Book 1. Price: Free! Words: 117,170. Language: English. Published: August 2, 2013. Categories: Fiction » Romance » Suspense, Fiction » Thriller & suspense » Action & suspense
Niko Andros became a criminal to protect his family.  He served his years in prison and now he’s earning redemption one mission at a time with a secret military strike force. When an old enemy resurfaces, his aunt is caught in the crossfire and he’ll do anything to save her. Even betray the brash, young female agent he’s teamed up with. Will saving his aunt cost him the woman he’s come to love?

You have subscribed to Smashwords Alerts new release notifications for Vanessa Kier.

You have been added to Vanessa Kier's favorite list.

You can also sign-up to receive email notifications whenever Vanessa Kier releases a new book.