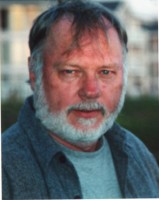 Mr. Davenport started his professional career in the United States Air Force after receiving his undergraduate degree in engineering from Stevens Institute of Technology. He later received a Master of Science Degree in Mechanical Engineering from Rensselaer Polytechnic Institute. Following the Air Force, Mr. Davenport worked for Hamilton Standard on the design and development of the Apollo Back Pack.

So, why would a guy who reads mostly technical books write a novel? He doesn't know, but he once said, "Language is the logic of the mind. Ignore it at your peril." Unlike his protagonists, Mr. Davenport avoids peril whenever possible.
Mr. Davenport now lives with his wife and two dogs in Washington State on an island in Puget Sound.

When did you first start writing?
The first writing that I can remember is a poem I wrote around age twelve. I've probably written thirty or forty poems since then. I like rhyme, and being an amateur piano player, I enjoy the rhythm of poems. Generally, my poems have a story line or at least a point to be made. Most of them are meant to be at least somewhat humorous.

My earliest serious writings were non-fiction of a technical nature, part of my work as an engineer. However, it was as a result of that writing that I became interested in writing in general. My first novel was started around 1994, Fall to Earth. The writing of that first book was unfortunately interrupted by the accidental death of my youngest son at age twenty-four. The second book was started in 2012 and finished in 2013.
What types of novels do you write?
My taste in novels sticks pretty much to mysteries. My novels fall into that category; however, the protagonist is always an engineer. Write what you know about. I've watched a lot of engineers, engineering companies, and technical government agencies in my fifty plus year career. There is plenty of material stored away in my head.

I have started two quite different series. The first novel, Fall to Earth, involves an engineer in his forties, very experienced and sharp. There is little emotion in his story, but more technical puzzles ingrained in criminal acts.

The first novel in the other series involves the emotional life of the protagonist and is more violent and sexual in nature. Much of the emotions center around love, grief, and revenge.

I use the narrative style because it makes the story more personal. It limits things to what the narrator can know, but there always has to be some mystery in a mystery.

I don't provide much in the way of description of people, things, expressions, or places. There is some, but the rest is left to the reader to imagine. I am not fond of books that fill up with things that digress from the subject at hand. I have read a few where the author can handle that very well, but that is not me. I like to get on with the plot. I don't like books that slow down. Most of them do, even non-fiction books.
Read more of this interview. 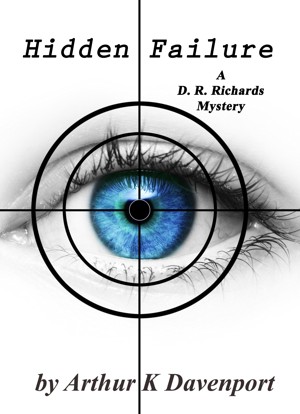 Hidden Failure by Arthur K Davenport
Series: D. R. Richards Mysteries, Book 2. Price: $2.99 USD. Words: 60,960. Language: English. Published: October 28, 2013. Categories: Fiction » Mystery & detective » General, Fiction » Romance » Adult
A new career investigating an airplane crash... was it murder or accident? Can Dale solve a crime with no clues and no witnesses? Anna's car accident starts another series of events that will lead to yet another dead body, but whose? Lives, careers, and romances are lost in a mystery that may never be fully solved. 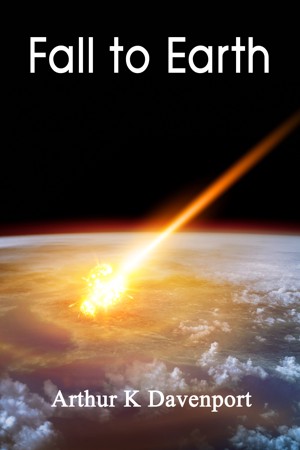 Fall to Earth by Arthur K Davenport
Price: $2.99 USD. Words: 63,800. Language: English. Published: May 17, 2013. Categories: Fiction » Mystery & detective » General, Fiction » Science fiction » General
Could you ever lose your job, your income, your life? Could you put it back together? And if what caused the loss follows you without your knowledge, would you be smart enough to get it before it gets you -- and everyone else? Can you be outsmarted? Are you as clever as you think you are? Ask Doug Whittier! He is about to find out. And he doesn't even know it. 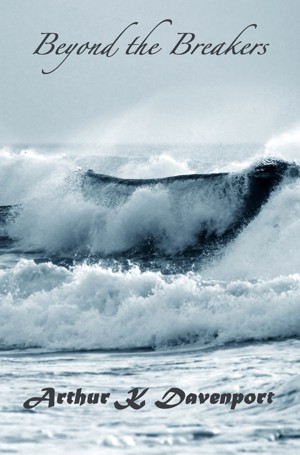 If your wife and child were murdered. What would you do about it? Would you forgive the murderer or avenge their deaths? And if you were not there to protect your wife and child, who is the most guilty, you or the murderer? Could you answer these questions? Dale Riley Richards is a good man who must answer them in the loneliness of his loss, and this story is all about his answers.

You have subscribed to alerts for Arthur K Davenport.

You have been added to Arthur K Davenport's favorite list.

You can also sign-up to receive email notifications whenever Arthur K Davenport releases a new book.