Wayne C. Robinson is an American author, no holds barred inspirational speaker and film producer who inspires and motivates audiences to reach their fullest potential.

Wayne's career background focused on the tourism and hospitality industry in the United States, Canada, Mexico and the Caribbean Islands in customer service, sales and marketing. He has worked for a major cruise line, a commercial airlines, and with Fortune 500 companies as a corporate flight attendant.

Wayne C. Robinson was a military dependent "Army Brat" during his childhood and grew up on military bases in the United States and Europe. He graduated from Munich American High School in Munich, Germany and pursued music at Berklee College of Music and University of North Texas.

In 1994, He decided to pursue his love of travel and people and embarked on a career in the travel and tourism industry. Since then, he has traveled around the world to Central and South America, Europe, Asia, the Middle East and throughout North America including Mexico and the Caribbean Islands.

Throughout his career, Wayne discovered that the success principles and methods mastered by successful people and corporations were not being shared with most people to acquire success in their own lives. His intention for INSPIRE, a human potential program, is to help others achieve success in their personal lives and careers.

Wayne holds a Bachelor’s degree in Mass Communications and a Master’s degree in Tourism, and was a U.S. Navy journalist.

He is the author of The African American Travel Guide; How To Work in Vacation Hot Spots, Change Your Thoughts Change Your Destiny and Job Hunting Secrets They Don’t Tell Us About. He is also the producer and director for THE DREAMS LIVE ON film project.

Where to find Wayne Robinson online 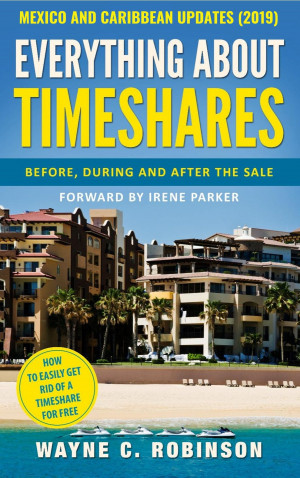 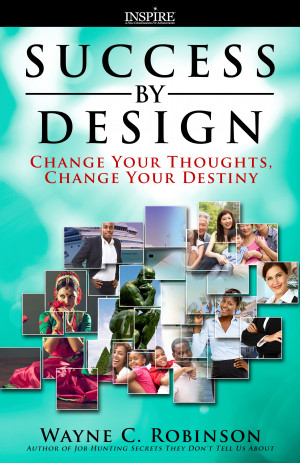 CHANGE YOUR THOUGHTS, CHANGE YOUR DESTINY by Wayne Robinson
Price: $7.99 USD. Words: 37,000. Language: English. Published: July 16, 2018. Categories: Nonfiction » Self-improvement » Personal Growth / Success, Nonfiction » Self-improvement » Motivation & inspiration
The book guides readers on how to get from where they are to where they want to be, and to create a plan of action towards any goal. It reveals a multitude of principles and effective strategies used by successful people and corporate environments 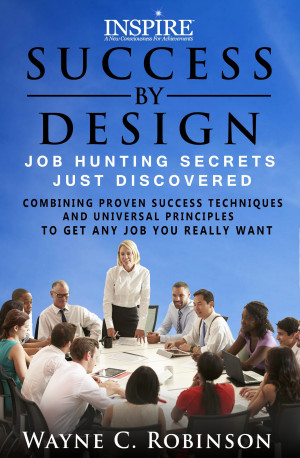 JOB HUNTING SECRETS JUST DISCOVERED: Combining Proven Success Techniques and Universal Principles To Get Any Job You Really Want by Wayne Robinson
Price: $7.99 USD. Words: 17,650. Language: English. Published: July 16, 2018. Categories: Nonfiction » Education & Study Guides » Counseling / career development, Nonfiction » Self-improvement » Personal Growth / Success
In Job Hunting Secrets—Just Discovered, you’ll learn the real secrets to finding a job you love and tapping into your true potential so that you can take your life to the next level. In addition to overcoming employment roadblocks and gaining clarity on your ideal career, this valuable guide will teach you to recognize and seize opportunities—and effective strategies for impressing employers.

You have subscribed to alerts for Wayne Robinson.

You have been added to Wayne Robinson's favorite list.

You can also sign-up to receive email notifications whenever Wayne Robinson releases a new book.