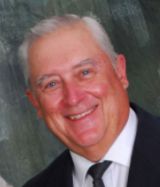 Bill Keefe was born in Monterey Park, California, in 1938. His father was US naval officer from 1937 through 1959. This led to Bill attending 12 primary and secondary schools in California, Virginia, Massachusetts and Rhode Island. His first full-time job was as a sailor aboard a 68-foot square-rigged ketch. Sailing dinghies and radio-controlled Lasers continues to be one of his hobbies.
Bill graduated from the Virginia Military Institute (VMI) in 1958 with a BS in physics and a US Army commission in Artillery. While a cadet at VMI, he enjoyed two summers in Japan. After graduation, he taught math and biological drawing at VMI for a year and came on active duty as an Ordnance officer in 1959. He retired in 1979 as a Lieutenant Colonel, having had command and staff duties in air defense artillery, missile systems maintenance, inventory management, special weapons, logistics, and operations research/ systems analysis. He served in the US at Aberdeen Proving Ground, MD, Ft. Bliss, TX, White Sands Missile Range, NM, and Redstone Arsenal, AL. He had overseas tours in South Korea, France, Germany, and South Vietnam. His awards and decorations include a Legion of Merit, a Bronze Star with Oak Leaf Cluster, a Meritorious Service Medal with Oak Leaf Cluster, and an Army Commendation Medal. While at Aberdeen in 1969 – 1972, he taught logistic subjects at the Ordnance School, became a Master Instructor, and earned an MS in Management Engineering from The George Washington University. Toward the end of his Army career, he became active in hunting and the shooting sports. He earned “Gross Gold” pins in hunting-style shooting in Germany and Luxembourg, hunted big game in Germany, and took up trap and skeet shooting upon returning to the States.
After retiring from the Army, Bill got an MS in Computer Science from the University of Alabama in Huntsville in 1982 and worked in computer systems engineering, computer simulation modeling, software engineering and software development. His employers ranged from “beltway bandits” in Virginia and Alabama to the Bank of America’s consumer lending systems development organization in Jacksonville, Florida. He retired for the second time in 2003.
He now lives at St. Augustine Beach, FL., where he is close to his son, daughter and granddaughter. His wife of 49 years, Carolyn, passed away in July, 2013. His interest in animals seems to have affected his daughter, who is a Veterinarian with an exclusively feline practice. He enjoys all forms of rifle and shotgun shooting, and is the only National Skeet Shooting Association Level 3 instructor in Florida.

Where to find William A. Keefe online 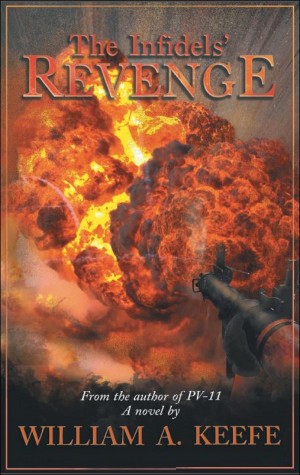 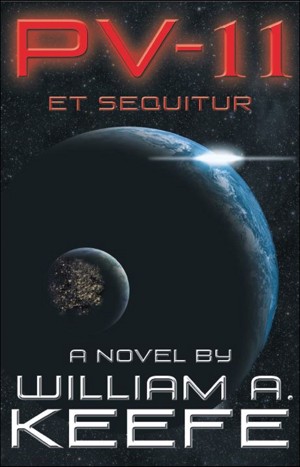 PV-11 “Et Sequitur” by William A. Keefe
Price: $5.99 USD. Words: 137,060. Language: American English. Published: October 16, 2013 by Brighton Publishing LLC. Categories: Fiction » Science fiction » Space opera, Fiction » Romance » Action/adventure
Lt. Callen, is a space pilot and commander of PV-11, with stealth capabilities. His battle experience has a life-or-death impact in a dangerous mission rescuing a band of terraformers stranded on a forbidden planet. He falls in love with his executive officer Peggy Varner, a non-human with artificial intelligence What secrets about this planet are being kept by the enemies of humanity?

You have subscribed to alerts for William A. Keefe.

You have been added to William A. Keefe's favorite list.

You can also sign-up to receive email notifications whenever William A. Keefe releases a new book.