Wil Hinkson is a alternative, pop-rock, and adult contemporary musician from Andorra, Europe. represented by the Oh Keh Muse independent music label. Growing in scope and depth with each new release, his style has most recently been compared by French radio to Phil Collins, his sound sometimes being referred to as “new '80s” or “chillout rock.” Striking, mellow, and exceptionally written, music by Wil Hinkson builds crowds, interest and emotion for recordings, performances and playlist spots which never fail to enthuse his listeners.

Wil Hinkson's repertoire includes such drops as “Spirit and Stone (Somewhere Between),” released spring 2020 from Oh Keh Muse. “Spirit and Stone” is a fresh remaster from Wil Hinkson which continues to garner widespread critical and fan acclaim. Hinkson's tone, style and thematic message on “Spirit and Stone” have made it a resounding success with a variety of audiences.  Talking about the overall themes of his music, Wil Hinkson writes, “It often relates to the deeply emotional side of life and reflects internal needs many people don’t want to admit, but I thrive on it. Such music moves me to some kind of transcendent ideal that connects me to the positive side of life and the living.”

Taking into account the manner in which Wil Hinkson came into music, it's easy to see how the music has taken its present sound and form.

“Music just seemed to always be with me as far back as I can remember,” Hinkson says. “I had a whole different prior music-related life that unfolded before I was an artist myself, working with projects such as Rush, BTO, Liberace, Nana Mouskouri, Harry Belafonte, [platinum-selling children's artist] Raffi, the Rolling Stones, Michael Cohl … Eventually I started to learn about simple production and was surprised to see I could play at guitar sufficiently and sing my songs.”

Wil Hinkson continued writing and recording for years “in the wilderness just recording when I could.” In time, he came to see his own fame.

“Some songs took 16 years to complete,” he muses, noting that the reward did bloom. “I issued a CD single that took in about 2,000 radio stations in Spain and a six-track CD, all of which are now being remastered. Then streaming came along and everything changed: my songs went out to the world in a flash. Wow. I have a couple of years of tracks lined up to go to streaming with a multitude of new ones waiting in line.”

To his listeners new and old, Wil Hinkson says he's got plenty to look forward to.

“The songs continually flood me to the point where it is unlikely I can record them all. Perhaps a song lyric book of unrecorded songs may eventually be an eventual offering.”  Spirit and Stone by Wil Hinkson on the Oh Keh Muse independent music label is available online worldwide from quality digital music retailers now. Get in early. Watch also for “Away So Long,” due out soon from Oh Keh Muse.

Where to find Wil Hinkson online 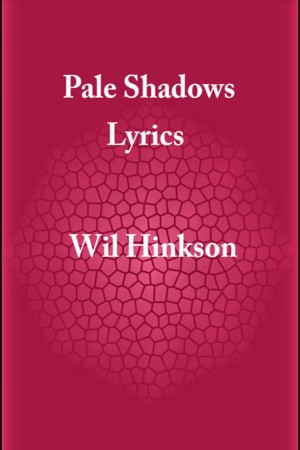 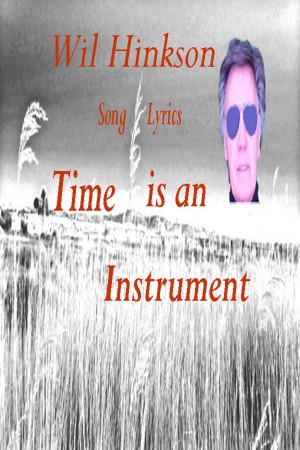 Time is an Instrument Song Lyrics by Wil Hinkson
Price: $2.49 USD. Words: 840. Language: English. Published: June 26, 2010. Categories: Nonfiction » Music » Sheet music & song books
Time is an Instrument, the new release from ascap singer-songwriter Wil Hinkson who presents the lyrics to the CD featuring the title track, and Empty Man (Unlearning), Coming Near (On the Horizon), Ocean of Dream(Awe) and more; all for iTunes compatible downloading at; timeisaninstrument.com; Chillout Rock-new Adult Contemporary music; listening with lyrics..you may just like it..check it out!

You have subscribed to Smashwords Alerts new release notifications for Wil Hinkson.

You have been added to Wil Hinkson's favorite list.

You can also sign-up to receive email notifications whenever Wil Hinkson releases a new book.