The Windows Secrets Newsletter began with the merger in July 2004 of two high-tech e-mail newsletters: Brian’s Buzz on Windows, edited by Brian Livingston beginning February 2003, and Woody’s Windows Watch, founded by Woody Leonhard in 1998. The two publications merged on July 22, 2004, and began using the domain name WindowsSecrets.com. Brian’s 50,000 subscribers joined Woody’s 100,000-strong list to form a combined, unduplicated subscriber base of about 140,000.

Today, Windows Secrets is also distributed via an RSS feed, and the site delivers more than 1 million page views per month.

Where to find Windows Secrets online 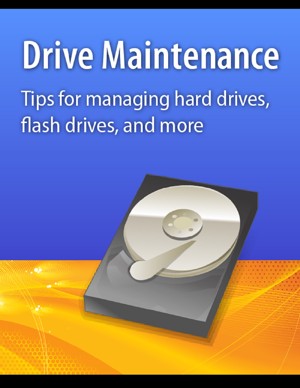 Drive Maintenance by Windows Secrets
Price: $9.95 USD. Words: 19,820. Language: English. Published: October 29, 2013. Categories: Nonfiction » Computers & Internet » System administration / Windows administration
This collection of articles from Windows Secrets Newsletter is aimed at helping you understand your PC's hard drives, expand their capacities and length of life and recover what you can from them when they fail - as eventually, all drives do.

You have subscribed to alerts for Windows Secrets.

You have been added to Windows Secrets's favorite list.

You can also sign-up to receive email notifications whenever Windows Secrets releases a new book.