Ever since he ran with scissors when he was five, Mr. Wretlind has always wanted to write. 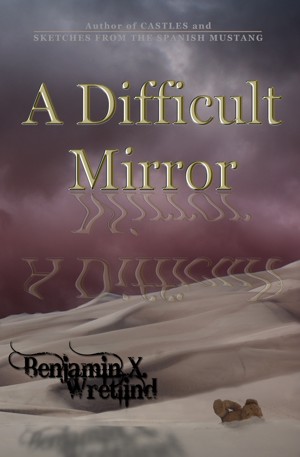 A Difficult Mirror by Benjamin X. Wretlind
Price: $4.99 USD. Words: 101,220. Language: English. Published: December 21, 2013. Categories: Fiction » Fantasy » Contemporary, Fiction » Horror » General
Four-year-old Justine has been lost to the world and with her an ability feared by many. But the balance of power has been shifting for years, and Justine may be able to tip those scales for good...if someone can find her in a pitiless place of sorrow and pain. 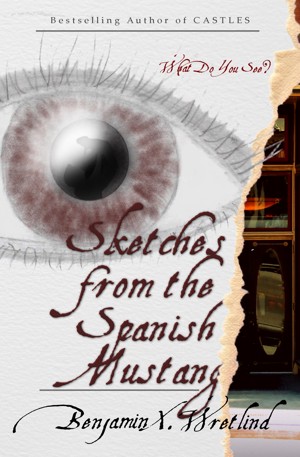 Sketches from the Spanish Mustang by Benjamin X. Wretlind
Price: $4.99 USD. Words: 86,520. Language: English. Published: June 19, 2012. Categories: Fiction » Literature » Literary, Fiction » Literature » Plays & Screenplays
A jilted husband with a grudge, a bomb, and a dead wife; three mothers facing life and death; a warrior in a battle with his memory; a man at odds with the stereotypes surrounding him; an immigrant looking for fortune in the wrong places; and a woman who can't stop running for her life. These are the subjects of a woman with a gift, a woman who has already lost everything. 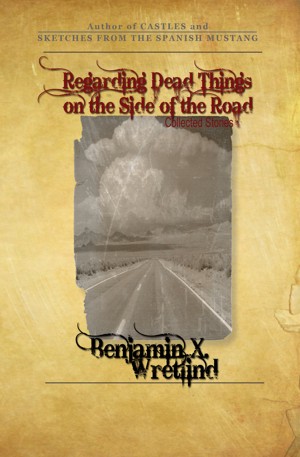 Regarding Dead Things on the Side of the Road by Benjamin X. Wretlind
Price: $2.99 USD. Words: 43,320. Language: English. Published: April 11, 2011. Categories: Fiction » Horror » General, Fiction » Anthologies » Short stories - single author
Benjamin X. Wretlind presents fourteen short stories--some bizarre, some horrific, some soft and quiet like scissors through skin. Some of the stories have been published in magazines like The Horror Express, All Hallows, Horror Carousel and the Bare Bones anthology series, while others have never been published before.

You have subscribed to alerts for Benjamin X. Wretlind.

You have been added to Benjamin X. Wretlind's favorite list.

You can also sign-up to receive email notifications whenever Benjamin X. Wretlind releases a new book.