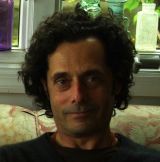 Greg is a writer, producer, teacher and writing coach who has worked with a virtual who's who of progressive comedy talent in TV, film, print, live theater and clubs, radio, audio, video and online/new media.

Greg brings his wide experience to bear in workshops and private consulting and is the author of "How To Be A Writer Who Writes: Strategies and Tactics To Start and Finish Your Book or Script". He has worked with NY Times best-selling authors, network TV showrunners and absolute beginners and he is available to work with you privately on scripts, books and other writing projects. Call 323-717-4731 or e-mail gregorymilleris@gmail.com to discuss your particulars.

He has pitched, sold, written and produced feature film and tv projects for Fox, Disney, Dino De Lautrentiis, Oxygen, MTV, Comedy Central. He's been a Story Editor and professional Script Reader for Columbia, UA, TriStar, plus other production companies and literary agencies. He also created and serves as head judge of The Other Network Comedy Contest.

Greg is co-director and founder of The Comedian's Way, a writing & performance workshop that he leads with Beth Lapides. The workshop is a place for people to develop standup, essays, monologs, pitches, presentations and one-person shows. They have taught privately for over 10 years, plus at UCLA Extension, Kripalu Center for Yoga & Health, Humber College, Improv Olympics, Bang! and other venues. Greg has also taught at the Teen Canteen, PushPush Theater in Atlanta and the NY Institute of Technology.

Where to find Greg Miller online

You have subscribed to Smashwords Alerts new release notifications for Greg Miller.

You have been added to Greg Miller's favorite list.

You can also sign-up to receive email notifications whenever Greg Miller releases a new book.