Born in 1960, it can be said that I was born into one of the more interesting periods in our history. Forty-nine years on, I can certainly say that I have led an interesting life. Factory hand, soldier, technician, labourer, manager, ambulance officer, corrections officer- just to name the main jobs - I think I can truly call myself a jack-of-all-trades

It’s been up and down all the way- see-sawing between dirt poor and well-off- in the peak of fitness to near dead a couple of times. I have worked with many fine individuals and many of New Zealand’s worst. I have seen very ordinary people succeed beyond all expectations and watched those destined to do great things fall and loose everything. Working in areas like defense, corrections and ambulance you get a real insight into how people act and react under the most extreme of circumstances. Along the way I got to use a lot of really interesting bits and pieces- the Army was good for that- if a new piece of kit came through the workshops- it wasn’t hard to convince somebody that you needed to try it out!

Now, like most, I have settled into a quieter life of family and work, with adventure left in the past- although it comes to visit from time to time. I wish it wouldn’t!

As life slowed down a little, from the needs of raising a family and an accumulation of old injuries, I started to amuse myself in a fantasy universe distilled from the many tales I had absorbed over the years- this beats the hell out of morning radio while stuck in traffic! This stepped up a gear after a bad car smash left me recovering from multiple injuries over two years. From this period came ‘Meddlers in Time’- my escape from the realities of my life. Writing this story down probably saved my sanity!

Nowadays, I’m back at work- spending more time than I would like keeping the local water supplies working. Once a week I get my six-guns out and shoot up a bit of paper and steel plate. Twice a year I fire up my still and run a few gallons of moonshine, although I drink more coffee than whiskey these days. The rest of the time I spend as an indentured servant to my wife and two boys.

I’m occasionally described as a grumpy old sod and a know-it-all, with an opinion on EVERYTHING! I try to live up to that.

I like the simple pleasures of red meat, black powder smoke, Islay whiskey and the occasional good Dominican cigar- all to be savored in the outdoors. My beliefs are staunchly libertarian- each to their own if they harm no other. I believe that politicians, lawyers, busy-bodies and do-gooders are like salamis- greatly improved by hanging for a time.

My writings continue as time permits.

I used to have a link here,but for technical reasons, can't put it in my Bio without upsetting some of Smashwords partner sites!

Where did Meddlers in Time come from?
I was always fascinated by the concept of moving freely through time and space. This started at a very young age watching Doctor Who and having the crap scared out of me by the Cybermen! Then at age 12 I discovered the works of Robert Heinlein, who was my inspiration for this story.

In 2004 I was badly injured in a car smash and decided to use my down time productively and do something I had always talked about- write a novel.
How long did it take to write?
The original MIT of 85,000 words took three months, then another nine months to write what was then the second book- that was 115,ooo words. From there I spent several years tinkering with the story and editing it. Along the way the two books were combined into one.
Read more of this interview.

Where to find Wayne Watson online

Meddlers in Time by Wayne Watson

Meddlers In Time- Out of the frying pan, into the fire
Price: Free! 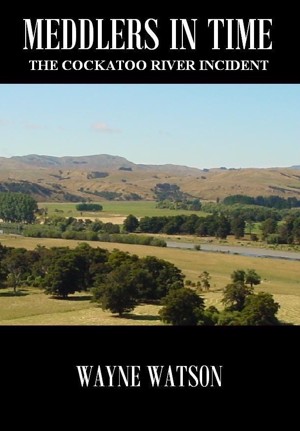 The third book in the Meddlers In Time series. The adventures in the 35th Century continue, with this second book in that series. In this episode, the story is told of how Jenny DeVries infiltrates the Empire under very deep cover, with the help of the Free Company 'Wotan's Fury'- Wayne Jamieson's command. 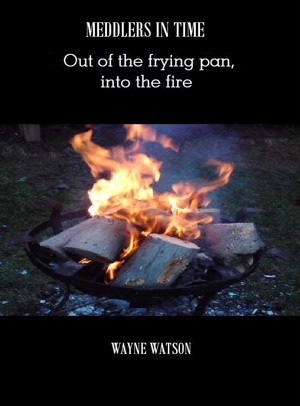 Meddlers In Time- Out of the frying pan, into the fire. This is part one of the 35th century tales. It covers the period of when Wayne Jamieson is drafted into the Imperial forces, having spent the last forty years as a spacer, pirate, mercenary and lastly- as the commander of a successful privateer Free Company. 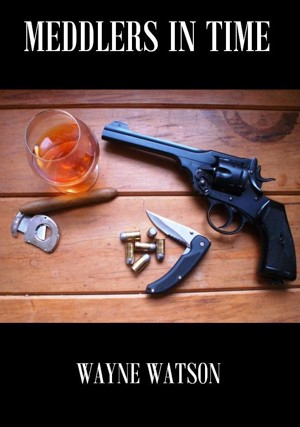 You can’t change history- can you? No- but you can make a new reality when you alter events. ‘Meddlers in Time’ explores the shaping of a parallel earth, by altering events in 9th century England. Some were lured by money, other by the adventure- a few just wanted a new chance at life. One thing remains constant- time travel changes all who follow that path…

You have subscribed to alerts for Wayne Watson.

You have been added to Wayne Watson's favorite list.

You can also sign-up to receive email notifications whenever Wayne Watson releases a new book.