Yury Nikitin is a famous Russian speculative fiction writer of Ukrainian origin, a recognized founder of Slavic fantasy. He has published over 100 novels (half of them under the pen name of Gaius Julius Orlovsky) that have sold a total of over 12,000,000 copies.

Yury was born in 1939 in Kharkiv, Ukraine. At the age of 18, his thirst for adventure drove him to Siberia where he spent several years as a lumberman and rafter, then a geologist exploring the lands where, literally, no foot of man had stepped before. Back in Kharkiv, he became a foundry worker, while being appreciated by local media as a part-time columnist and artist.

Wrote his first short stories in 1965, just for fun. His first novel (Fire Worshippers, featuring his colleagues from the foundry) was a success, and in 1976 he became a full-time writer. Later, a conflict with Ukrainian Communists made him move to Moscow in 1983.

After the collapse of Communism in Russia, Yury founded one of the first private publishing companies in the country and ran it for several years. Then he quit this job to devote himself to writing only.

Being fluent in English and an avid reader, Yury Nikitin used to have a home library of over 5,000 books, mainly works of British and American science fiction. However, now he prefers e-books, as they are more convenient.

On March 29, 2014, Yury made an official confession that he was the one writing under the pen name of Gaius Julius Orlovsky. Before that, no one knew for sure the true identity of this mysterious author whose Richard Longarms, an epic fantasy series of 50 books, topped the Russian bestselling lists for 10 years in a row.

Today Yury Nikitin is one of the most famous and successful writers in Russia. Still working hard on his new books, he lives in a country house near Moscow with his wife and a pet boxer. The things he loves include ants (yes!), sweet black coffee, high-end computers and gadgets, and online strategies. An active supporter of Transhumanism, he has a cryonic contract and uses regular exercise, diet and pharmaceutical means to keep himself as young and vigorous as one can be. Yes, he would really want to live forever.

Where to find Yury Nikitin online

The Unmasked Knight
Gaius Julius Orlovsky, the most mysterious and top-selling Russian writer of fantasy (over 7,000,000 book copies in total), reveals his true identity. Location: the Eksmo book festival in Moscow. Date: 03-29-2014.

The Knight and the Wonderer by Yury Nikitin 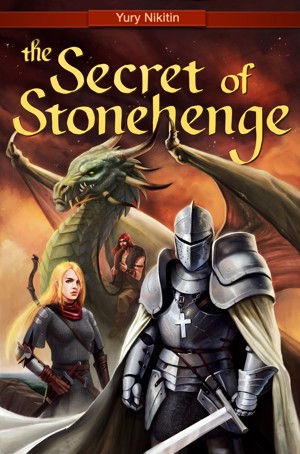 The Secret of Stonehenge by Yury Nikitin
Series: The Knight and the Wonderer, Book 2. Price: $7.99 USD. Words: 205,350. Language: English. Published: March 30, 2014. Categories: Fiction » Fantasy » Epic, Fiction » Fantasy » Historical
A long-awaited sequel of The Grail of Sir Thomas! Valiant Sir Thomas is sure his strongest enemy is crushed, but is it actually so? With the Holy Grail in his bag, Thomas has to find a way out of the dark Slavic woods full of ancient magic, treacherous traps and strange allies. And the beautiful woman whom he has rescued from wild Steppenmen might appear to be more dangerous than any dragon... 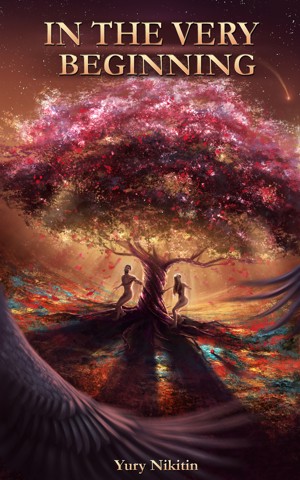 In the Very Beginning by Yury Nikitin
Price: $5.99 USD. Words: 142,190. Language: English. Published: December 3, 2013. Categories: Fiction » Christian » General, Fiction » Fantasy » General
Do you think no biblical adventure can surprise you? Try this unusual account of events from the Creation to the Flood! See some scenes from the points of view of angels and the Lord Himself. Get answers to the questions you never dared to ask. Where does God come from? Why did He need to create our world? What was the true reason that Adam and Eve were banished from Eden? Read to find out! 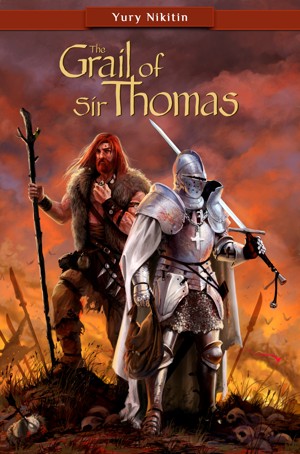 When Sir Thomas, a hero of Crusade, obtained the Holy Grail in hot Saracen sands, that was just a beginning of it. He feels bound to take the relic to his home Britain, yet he has no idea of what monstrous powers are waking to hamper his way… and what great help may be lent by a contemptible Pagan, an apparently-peaceful pilgrim from the far northern land of Rus’.

You have subscribed to alerts for Yury Nikitin.

You have been added to Yury Nikitin's favorite list.

You can also sign-up to receive email notifications whenever Yury Nikitin releases a new book.