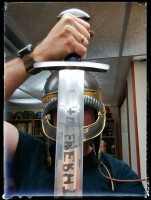 Chris spent years playing guitar in and out of bands and was, during that time, more of a voracious reader than a writer. After that last band collapsed, he turned from writing songs to writing stories, eventually turning out a half million-word Barsoom series as a tribute to Edgar Rice Burroughs (currently under contract to ERB Inc.) and a host of self-published short stories and poems.

Something inside drives him to create, and so together with writing and playing guitar, he also dabbles in painting (the cover for his novel, The Hunter and the Sorcerer, is one of his).

You may find him on his website, www.ChrisLAdamsBizarreTales.com. There, you'll find links, information on available stories, and other things you might find of interest.

Chris enjoys talking about favorite authors, writing and collecting books so feel free to shoot him an email from his Contact page.

Chris resides in Southern West Virginia with his wife and two children.

Where did you grow up, and how did this influence your writing?
I was raised on an isolated, 80 acre horse farm in southern West Virginia that is surrounded almost entirely by a river, with the only place it's connected to 'dry land' being an old railroad tunnel. It also ran with cliffs, wooded trails, wild life, old fallen down home sites and abandoned cars rampant with copperheads - in short, practically every kind of danger a kid can grow up around except a city street. We didn't have cable, and my folks wouldn't pay for satellite, so I played in the woods, rode horses, climbed trees, waded and shot guns till dark, then I'd read. I read everything I could get my hands on, from classics to westerns to romances. When I discovered the old pulp authors, I left the other genres behind. Like many before me, I'd succumbed to the allure of science fiction, fantasy and horror. So it was the sheer lack of entertainment that drove me to a lifetime of reading, and it is a lifetime of reading that has led me to begin writing.
When did you first start writing?
The earliest thing I really recall writing was when I was in 9th or 10th grade. I wrote a short story for a creative writing class and won first place in Mercer County (West Virginia). They published the story ('Forbidden Fruit' IIRC, a macabre little piece) in Mercer Musings for the year (around 1984-86). About that same time I began work on a comic book, a sort of Star Wars meets Sgt Rock saga about a pilot and his sexy copilot who are in space on a routine mission and get sucked into a worm hole, ending up light years from home on a planet where they discover the source of an alien race that has been attacking Earth for decades. The story was fun, they met lots of different creatures and got into a ton of scrapes, falling in love during the adventures. In the end I think I had over 70 pages that I'd sketched, inked, colored and wrote the panels and dialogue for. It was neat to see how my artwork improved during the course of that project. I never got to finish it, however - my house burned down while I was in college and I lost all the work.
Read more of this interview. 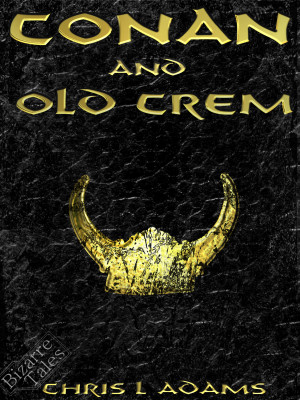 In the days of his youth none were safe from the ravages of Conan the Raider... 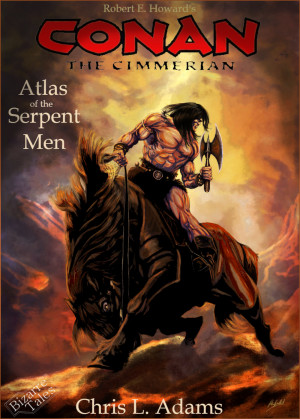 Leaving the comforts of his kingdom, Conan, King of Aquilonia, embarks on a quest that has virtually no chance of success. With only a single retainer, he must find a relic of the ancient race of serpent men. It's of little moment to him that his own life might be the price of its capture. This is a short story.

You have subscribed to alerts for Chris L. Adams.

You have been added to Chris L. Adams's favorite list.

You can also sign-up to receive email notifications whenever Chris L. Adams releases a new book.