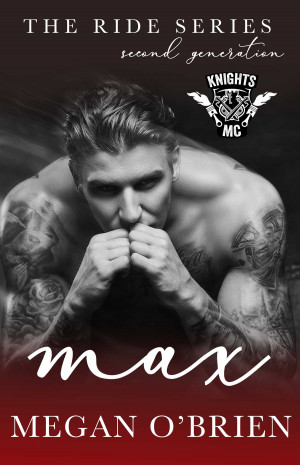 Max by Megan O'Brien
Series: Ride. Price: $3.99 USD. Words: 55,610. Language: English. Published: July 14, 2018. Categories: Fiction » Romance » Contemporary, Fiction » Romance » Action/adventure
I've loved him since I was old enough to understand what that meant. Max Jackson, patched member of the Knight's MC, is someone Wren Armstrong’s father considers a friend. She shouldn't want him. Shouldn't need him. But she does. She always has. This is the story of Max and Wren. The first in the Ride Series Second Generation 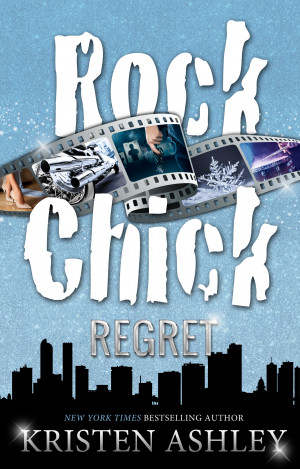 Sadie Townsend is known by all as The Ice Princess. But one inebriated night she shows Hector Chavez the Real Sadie and he knows he’ll stop at nothing to have her. Hector makes one mistake; he waits for Sadie to come to him. Tragedy strikes and Sadie has a choice. Retreat behind her Ice Fortress or let Hector guide her into the Rock Chick World. 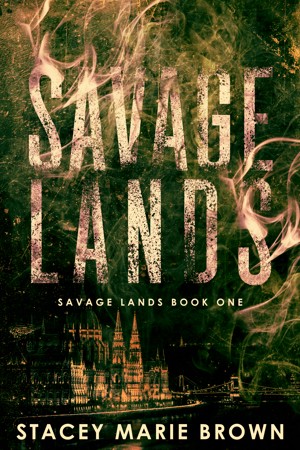 Savage Lands (Savage Lands #1) by Stacey Marie Brown
Series: Savage Lands. Price: $3.99 USD. Words: 101,740. Language: English. Published: October 20, 2020. Categories: Fiction » Fantasy » Paranormal, Fiction » Romance » Action/adventure
Nineteen-year-old human, Brexley, has grown up in privilege, but not without heartbreak. After being orphaned, she is taken in by General Markos, living in a walled city rife with power grabs and ruthless political games. Then one night the course of her life changes, and Brexley is thrown into the most feared prison in the east. Halalhaz, the House of Death—where you go in but don’t come out. 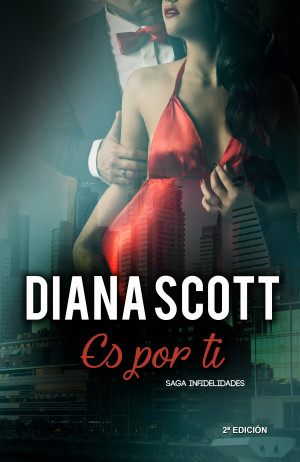 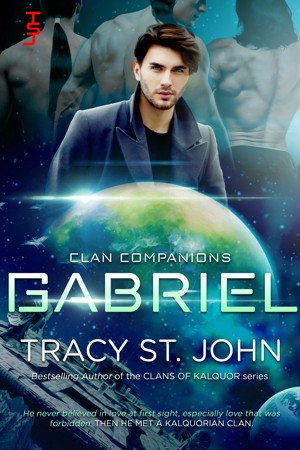 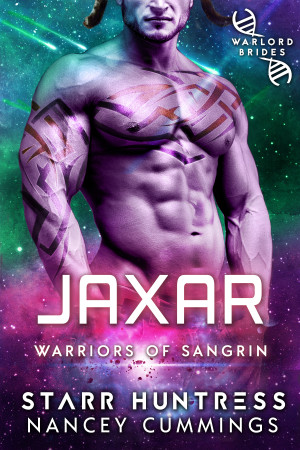 Once bitten, twice shy. Vanessa knows what aliens want--babies-- and she’s not having it. She’ll change her name, changer her ID information, and hunker down on a miserable moon on the far side of the galaxy before she gets matched to another Mahdfel brute. Again. 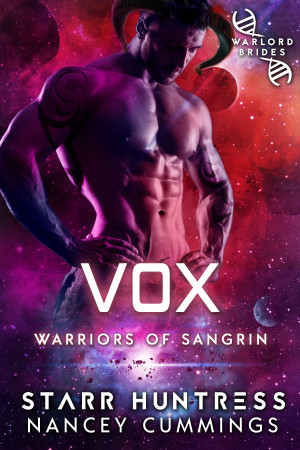 Vox had dreamed of a mate for years. He studied Earth cultural and courtship rituals.He even learned to eat strange Earth food, waiting for the day his mate arrived. From the moment the curvy human woman stepped onto his ship, he knew she was everything he’d craved and their sizzling attraction can't be denied. Smart, determined and too serious, he vows to bring a smile to his mate’s face. 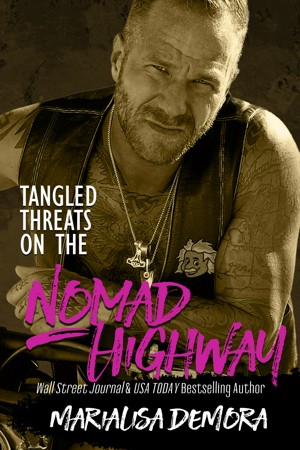 Tangled Threats on the Nomad Highway by MariaLisa deMora
Series: Neither This, Nor That. Price: $3.99 USD. Words: 97,300. Language: English. Published: June 14, 2021. Categories: Fiction » Romance » Suspense, Fiction » Romance » Action/adventure
Einstein looks to the past to find his way forward, and against all odds hoping to pave a path with Mariam. 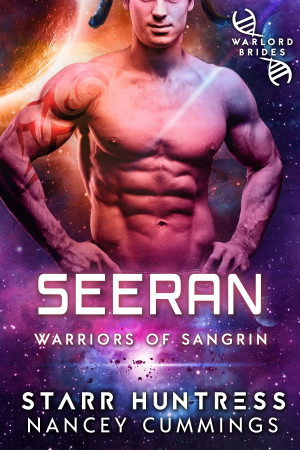 Seeran never lost control. Responsible for the security of his clan and warlord, he couldn't afford distraction or attachment. Then, on a Terran beach, he stumbled upon a male assaulting a female. The ice that ran through his veins turned to fire. The frightened female is his mate. Whatever control he'd possessed snapped in a moment of recklessness, and he hoped that was all he'd lost. 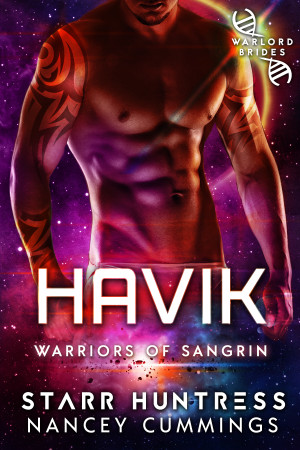 Havik: Warlord Brides by Starr Huntress & Nancey Cummings
Series: Warriors of Sangrin. Price: $3.99 USD. Words: 72,490. Language: English. Published: June 5, 2020 by Menura Press. Categories: Fiction » Romance » Sci-fi, Fiction » Romance » Action/adventure
Betrayed and sold at auction, Thalia is a long way from home. When she’s given the opportunity to bring those who abducted her to justice, she’s all in. One problem. Her alien partner hates humans, and he really hates her. Too bad for him that she loves to tease the monstrous cross between a devil and an orc. He’s big, dangerous, and hits all her buttons. She can keep it professional. Right? 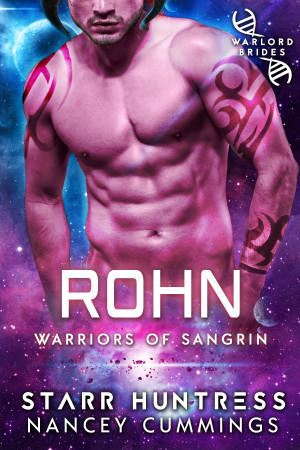 Rohn: Warlord Brides by Nancey Cummings & Starr Huntress
Series: Warriors of Sangrin. Price: $3.99 USD. Words: 62,450. Language: English. Published: May 1, 2019 by Menura Press. Categories: Fiction » Romance » Sci-fi, Fiction » Romance » Action/adventure
What doesn’t kill you makes you stronger. Nakia may have lost a leg during the Invasion, but she’s not going to let something like that keep her from what she wants. And she wants Rohn, has since the moment the alien warrior rescued her from a collapsed building. Afraid he still only perceives her as a damaged, frail human, she wants him to recognize that they belong together. 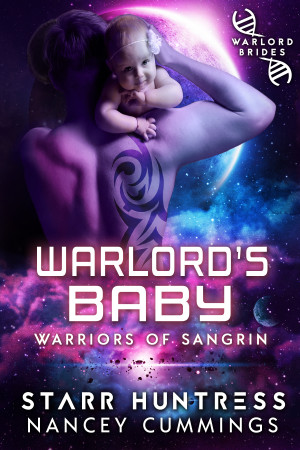 What to expect when you’re expecting an alien’s baby. Mercy has been pregnant for-freaking-ever. She’s tired and grumpy and ready to get this kid out of her. Of course, being adored by her alien warlord husband is awesome but she hasn’t seen her feet in a month. And she can’t get over this sneaking suspicion that there’s something Paax isn’t telling her... 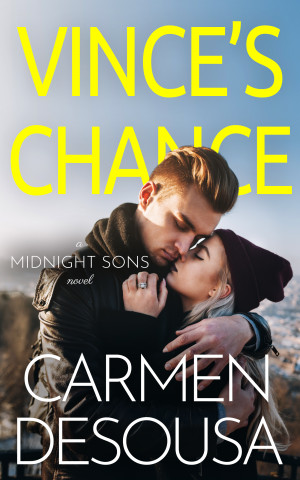 Vince's Chance by Carmen DeSousa
Series: Midnight Sons. Price: $4.99 USD. Words: 80,160. Language: English. Published: May 19, 2020 by Written Musings. Categories: Fiction » Romance » Suspense, Fiction » Romance » Action/adventure
To show her he's the hero she once loved, he must find her son... Vince embarks on an all-out manhunt to find a missing boy. What he discovers, though, might be a death warrant for him and the woman he can't lose again. 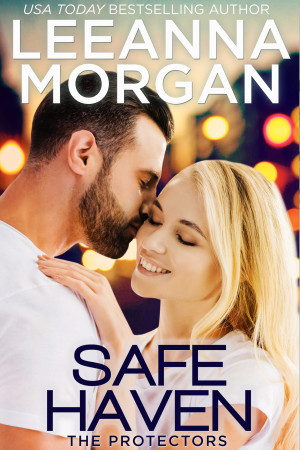 Hayley Elliott will do anything to keep her mom safe. Her sister has found a cure for Alzheimer’s and their mom is living proof that the supplement works. Hiding from the people looking for the supplement’s formula is impossible. When the threat to their lives becomes deadly, she has no option but to trust a man who’s living with a secret more dangerous than her own. 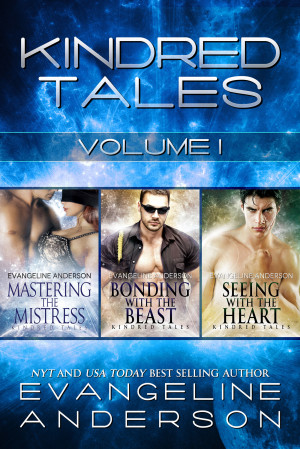 Contains Mastering the Mistress, Bonding with the Beast, and Seeing with the Heart all in one volume 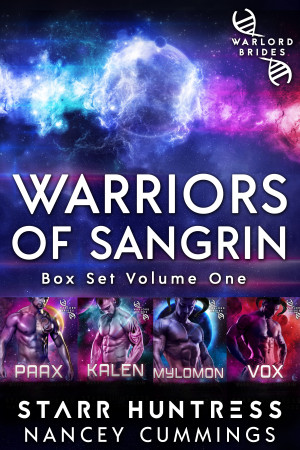 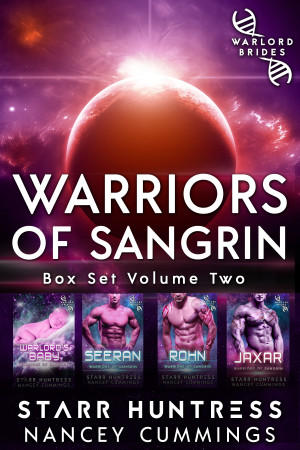 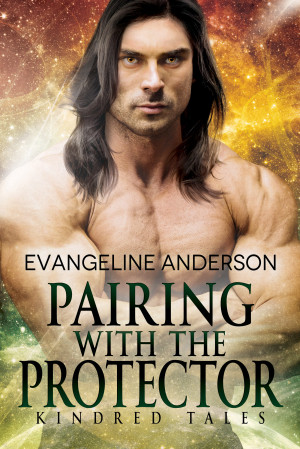 Pairing with the Protector...Book 18 in the Kindred Tales Series by Evangeline Anderson
Series: Kindred Tales, Book 18. Price: $3.99 USD. Words: 78,160. Language: English. Published: October 26, 2019. Categories: Fiction » Romance » Sci-fi, Fiction » Romance » Action/adventure
A woman on a dangerous mission to a new world A warrior sworn to protect her who fears to risk his heart Can Whitney and Rafe escape from the giant beings who have captured them? And will Whitney end up...Pairing With her Protector? 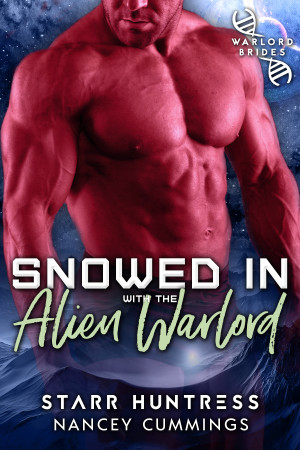 You can’t trust an alien. Penny is having the worst year. First the pretty lizard aliens show up and start murdering people. Then the “good aliens” arrive and claim they’ll defend Earth and save humanity… for a price. She knows a protection racket when she sees one. And the price? Married to an alien? No thank you. 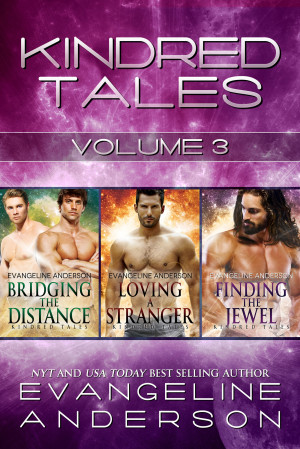