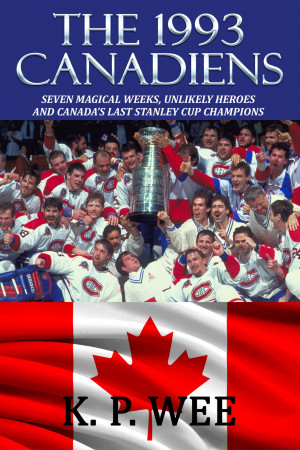 Yet these Habs, led by the goaltending of Roy and with timely goals from various unlikely heroes, stunned the hockey world by winning a record 10 consecutive playoff overtime games over a magical seven-week run during the spring of 1993. Montreal ultimately captured hockey’s ultimate prize that June—the 24th championship in franchise history—in the last Stanley Cup Finals series ever played at the venerable Montreal Forum.

While the Canadiens had veteran presence in Kirk Muller, Vincent Damphousse, Brian Bellows, Denis Savard and Guy Carbonneau, Montreal might not have won the Cup without unlikely heroes like Gilbert Dionne, Stephan Lebeau and Paul DiPietro scoring goals in the clutch. Others such as Gary Leeman and Mario Roberge, despite not always being in the lineup, contributed in ways that didn’t necessarily show up on the scoresheet. And behind the bench, while Jacques Demers made all the right moves that spring, he isn’t even considered today among the top 50 coaches of all-time.

You have subscribed to alerts for K.P. Wee.

You have been added to K.P. Wee's favorite list.

You can also sign-up to receive email notifications whenever K.P. Wee releases a new book.