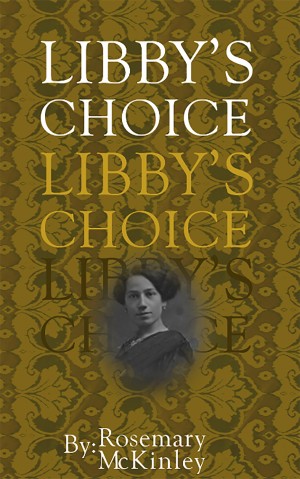 By Rosemary McKinley
This story centers on the life of a poor, teenage girl living in New York City circa 1905. Her city is bustling with construction as well as many newcomers. Libby lives with her mother and works in a textile factory. A friend of the family becomes interested in her and she has to make the most important decision of her young life.
Available ebook formats: epub mobi pdf lrf pdb txt html
First 50% Sample: epub mobi (Kindle) lrf more Online Reader
pdb
Price: $0.99 USD
Buy Add to Library Give as a Gift
How gifting works
Create Widget
Tags: romance historical fiction romance short
About Rosemary McKinley

Rosemary McKinley is a history buff who wanted to present history in an entertaining and informative way. She had an essay published by the Visiting Nurse Association of Long Island. Several poems were published in Lucidity, LI Sounds, Clarity, canvasli.com, Examination Anthology, the Wormwood Press and the Poets’ Arts. In addition, she has had articles published in the Peconic Bay Shopper, Fate Magazine, Patchwork Path, Whispering Angel Books and Newsday. Two short stories are available on Smashwords, as well as an interview.
In 2009, 101 Glimpses of the North Fork and Islands was published by History Press. Her Y/A historical novella, The Wampum Exchange, was published in 2012. Captain Henry Green, a whaler came out in 2017. It gives an overview of whaling in the 1800 through the eyes of Henry Green who lived in Sag Harbor, New York.
Recently, her work has been included in two anthologies: Writing After Retirement, edited by Carol Smallwood and Christine Redman-Waldeyer and Miracles and Extraordinary Blessings, edited by Lynn C. Johnston.
The author has been giving book presentations in costume in local libraries, schools and historical societies, and museums.
She had a book signing on Feb. 6 at the Suffolk County Historical Society with Professor John Strong, speaking on the topic of Native Americans on Long Island.

You have subscribed to alerts for Rosemary McKinley.

You have been added to Rosemary McKinley's favorite list.

You can also sign-up to receive email notifications whenever Rosemary McKinley releases a new book.