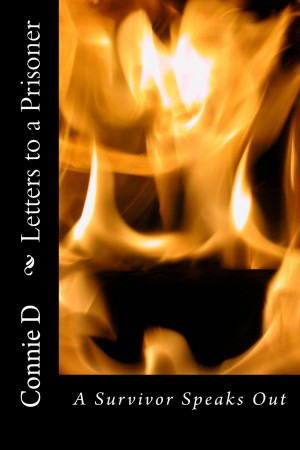 Letters to a Prisoner

By Connie D.
A Survivor Speaks Out!

Required Reading at Habilitat-the place of change.
Honorable Mention in Poetry at the 2011 New York Book Festival.
Poems and letters from a Mom to her meth addict son in prison as she learns to confront the addiction demons and stop enabling. More
Letters to a Prisoner is a look into the mind of the Enabler. the Enabler can be ANYONE; male or female. The Enabler can also assume the guise of law enforcement. This is a multifaceted problem that pervades our society. The first step is recognizing that YOU are a part of the problem, second is to get educated on how not to get trapped into enabling a friend or loved one. Once educated, you can pay it forward thereby becoming a part of the solution. Let's get out of the dark rooms and church basements and shine a light on addiction. Let's send a strong message to the addiction demon. It promises to haunt us forever-- if we don't!

Author/Photographer of Letters To A Prisoner by Connie D. Letters To A Prisoner received an Honorable Mention for Poetry at the 2011 New York Book Festival. A native New Yorker and currently a Member-At-Large of The National League Of American Pen Women, I lived in Kaneohe, Hawaii for thirty-six years. I now make my home in the Mid-Hudson Valley of New York. My poems and photography are published online and in Rain Bird, literary and art journal of the University of Hawaii's Windward Community College (2008-2013). In 2013, I received Rain Bird's Kolokolea Poetry Prize for my poem, Speaking French. In October 2015 my chapbook Hawaiian Time entered in the National League of American Pen Women’s Vinnie Ream contest was awarded the 3rd place in the inaugural multi-discipline category.

Codependent
A poem from my book, Letters to a Prisoner performed at Fresh Cafe, Honolulu, Hawaii 10-2010; one Mom's unique perspective!

You have subscribed to alerts for Connie D..

You have been added to Connie D.'s favorite list.

You can also sign-up to receive email notifications whenever Connie D. releases a new book.