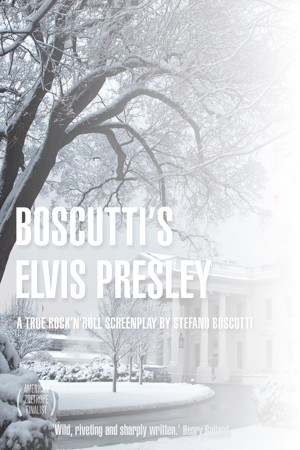 Rated 4.67/5 based on 3 reviews
Walk a thousand miles in Elvis' shoes.

It's 1970. It's Christmas. And Elvis Presley is jack of it. He's had enough of the songs, the fans, the girls, the guys, everything. He flees Graceland on a wild, manic quest to meet President Nixon before Colonel Parker can haul his ass back to Memphis. The King wants to score a Federal Drug Agent's badge. The President of America is the only man who . . . More
Walk a thousand miles in Elvis' shoes.

It's 1970. It's Christmas. And Elvis Presley is jack of it. He's had enough of the songs, the fans, the girls, the guys, everything. He flees Graceland on a wild, manic quest to meet President Nixon before Colonel Parker can haul his ass back to Memphis. The King wants to score a Federal Drug Agent's badge. The President of America is the only man who can get it for him. Based on an amazing true story.

Official White House photos of Elvis meeting Nixon on December 21, 1970 are the most requested items at the National Archives. (More requested than the Bill of Rights or even the Constitution of the United States.)

Will Elvis convince Nixon to give him what he needs?

'The image is one thing and the human being is another. It's very hard to live up to an image, put it that way.' Elvis Presley

'Intimate portrait of the king of rock'n'roll with much humor, gossip and adulation. Judicious and delightfully addictive.' Mary Turpin

'Boscutti untangles the soul of man in a wild, riveting and sharply written screenplay. I didn't want it to stop.' Helen Nye

'Everything that's great about rock'n'roll wrapped up in an impossibly true story.' Juliet Hadsell

'Boscutti is a master storyteller. He bends the screenplay form to fit a narrative biography that seems to unspool like some epic road movie.' Greg Byers

'Best portrayal of Elvis I've ever read. Elvis comes to life on every page.' Lynne Wilson

'Stylish and addictive, plenty of intrigue and drama from Memphis to Los Angeles to Washington and into the heartland of America.' Brent Stine

'Riveting narrative tracing the incredible true story of the greatest entertainer who ever lived.' Murray Corcoran

'Boscutti shows us a terribly unhappy and frustrated artist who wants to transcend his fate. Gut wrenching, enlightening and wholly remarkable.' Margaret Cahn

'Most sympathetic, honest and insightful portrait of Elvis you'll ever see.' Douglas Basley

'Boscutti takes the reader into the private world of Elvis Presley. A world away from the blinding glare of publicity and persona.' Ray Fadden

'Brilliant, beautifully written biopic proves essential reading not only for the fans but anyone curious about the price of fame in America.' Christine Green

'Deep, honest portrayal of a man who was a true American original.' Jim Stanton

'Solid, insightful, and incredibly engaging book. Easy to read and impossible to put down.' Nelson Clarke

"Boscutti's Elvis Presley" (Screenplay) was a finalist in Francis Ford Coppola's American Zoetrope Screenwriting Contest. The screenplay format is beyond the industry standard. It simplifies the technical parameters so it’s easier and more enjoyable for you to read.

'You don't need to be an Elvis fan to love the man. He was the embodiment of the American dream. I wrote this biopic to find out what drove a boy from Tupelo, Mississippi, to become Elvis Presley. What drove a man to become a king. I want to show you a side of Elvis only a handful of people ever saw. I want you to see the true Elvis.' Stefano Boscutti 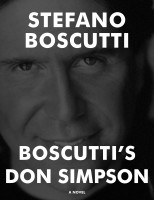 Boscutti's Elvis Presley was a comical story that made me laugh more than once. Based on a true story, this screenplay gives you a wild ride to the peculiar life and psyche of Elvis Presley. Stephen Boscutti is an interesting storyteller - he uses insightful and vivid ways to describe the scenes. If you are looking for something different, this comical screenplay delivers it.

A drugged-up Elvis decides to head to the White House, meet Nixon, and get a Federal Drug Agent's badge. It's a great piece of comedy, made even more bizarre by the fact that it's a true story!

There's something tragi-comic about Elvis's behavior: the way he doesn't see a problem carrying his guns onto planes, and thinks it's reasonable to ask the pilot to divert a commercial flight for his personal convenience. It's obvious that his personal life is a total disaster, yet somehow, he gets away with it - a true larger than life character.

This would definitely make a fun film, something like a cross between Catch Me If You Can and The Men Who Stare At Goats. However, it's already been done (Elvis Meets Nixon, 1997) - I haven't seen that version, but I'll certainly look for it.

Such a fun read! I really enjoyed reading this screenplay that's based on a true story.

Elvis is on a mission to meet President Nixon and find a way to convince the president to give him a Federal Drug Agent's badge. The journey itself is very entertaining, and it's interesting to read through this screenplay as Elvis is obviously not completely with it.

It is intriguing to read about a man who was loved by so many people who feels as though he is entirely alone, and also as someone struggling with mental instability.

This being written as a screenplay instead of a novel really brought the scenes and the story to life, and the dialogue is believable and fun.