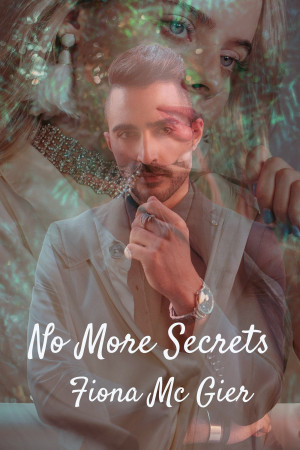 About the Series: Minnesota Romances

Minnesota may be known as a state that is cold for much of the year, but that doesn't apply to the people who live there! Grand Marais, at the north-eastern tip of the state, is where my Minnesota Romances series starts, with For the Love of His Life. The second book. Only One Man Will Do, moves to Minneapolis. The third book, Her Last Resort, returns to Grand Marais. The second half of the fourth book, No More Secrets, takes place mostly in Grand Marais.

Reviews of No More Secrets by Fiona McGier

Oscar-winning actress Kelly Ann Sheridan is on location in Columbia, filming a new movie at the mansion of a wealthy oligarch. Though she takes her work seriously, she finds herself distracted by Felipe, temporary tutor for their host’s children. She’s eager to know Felipe better, despite her gut feeling that the Latin charmer is not who he pretends.

Her instincts are on target. “Felipe” is in fact U.S. government agent Tomas Escobedo, who is working undercover in Columbia, looking for evidence to incriminate the vicious drug lord living on the neighboring hacienda. Tomas knows he shouldn’t get involved with the vivacious blond beauty – and certainly that he shouldn’t confide in her – but the chemistry between them is too strong for him to resist. She proves to be not just gorgeous, but also brave and clever. Together they hatch an audacious plan to acquire the proof Tomas needs – a plan that just might get both of them killed.

No More Secrets is the fourth book in Ms. McGier’s Minnesota Romance series. One of the joys in reading it was reconnecting with characters from previous books. I especially enjoyed the reappearance of Kelly Ann’s mother and step-father, Stella and Ivan from Her Last Resort. As former spies themselves, neither is enthusiastic about having an agent for a son-in-law. There’s a very funny scene when Stella and Tomas first meet. I won’t spill the beans by saying anything more, but if you’ve read Stella’s and Ivan’s story, I guarantee you’ll appreciate the interaction.

Overall I liked No More Secrets. However, the character of Kelly Ann seemed to me to be implausibly immature. Based on the series time line, she’s supposed to be in her thirties, but sometimes she acts like a ditzy undergraduate rather than a seasoned professional who has spent more than a decade in the movie business. For instance, when Tomas takes her out for a tour of the local nightspots, she allows a bunch of guys get her so drunk that she’s too sick to act on her lust for Tomas. That’s not the behavior I’d expect, given her supposed age and experience. A woman in her mid to late thirties would have known better.

My other, much more minor, complaint involves the author’s attempt to link this story with an earlier book in which Tomas first appears. I understood that Ms. McGier was trying to give readers a sense of his history, but the references to characters I hadn’t met and events I hadn’t read about just confused me. Fortunately this was a brief section of the book, and not really necessary in order to appreciate the rest of the story.

Neither of these issues spoiled the book for me. If you like red-hot romance with sassy, self-confident characters, I recommend this novel. Actually, you should read the first three books in the series first. If you do, you’ll enjoy this one even more.

NO MORE SECRETS is the fourth book in the MINNESOTA ROMANCES series and it was nice to reunite with characters we've previously met. Kelly is front and center since she and Raul are starring in a movie that's filming in Colombia and Jared is once again the director. They are staying at their host's mansion and her path crosses with the temporary tutor of the owner's children and immediately Kelly knows something is off. Felipe just doesn't seem to be the tutor type and Kelly's convinced that's not even his name. They have instant chemistry but duty pulls them apart to focus on their jobs at hand with Kelly vowing to learn the truth.

Felipe is undercover trying to get the goods on a neighbor who heads a drug cartel. There are twists and turns to the story with bad guys, fear, danger, injuries, lots of tension - some of it sexual - downtime, jealousy, anger and jobs to do. As Kelly and Felipe get closer, he confides in her. Something he's never done before. with anyone not part of his mission They seem like soulmates and have steamy moments - not all between the sheets. When the mission is accomplished Felipe and Kelly don't know if they will see each other again since she's returning home to LA - and none too soon - while he has to be in court to tie up the details of the work he did. When their paths do once again cross the heat ratchets up and we get a look at their feelings for one another.

I liked Kelly's relationship with Raul and Jared and also with Raul's family. Kelly has an unusual relationship with her mom and stepfather since she's ex-CIA and he's ex-KGB and we've previously met them when their story was told. When Kelly visits them in Minnesota, where they run a resort, we can feel their love and concern over what Kelly's been through. There is redemption and forgiveness and a better than expected happily ever after. The story has a nice flow and characters with a lot of depth. There are some loose ends that I hope will take us to another book in the series. An enjoyable and quick read.

Ms. McGier is an author whose books I enjoy in both the paranormal and romance genre although she often takes me out of my comfort zone. Give her books a read if you haven't already.

"No More Secrets" is the delightful fourth chapter to Ms. McGier's Minnesota Romances, centered around the bubbly, smart, hilarious A-list actress Kelly Ann Sheridan, who made her first appearance in the first book and sparked as a main character all through the third. It also plays double-duty as sequel to Ms. McGier's 'Female Secret Agents' series, since the man of Kelly's dreams is hunky Hispanic spy Tomas Escobedo from "Undercover Lovers". As a sequel to both series, Ms. McGier does a great job of weaving in characters and locations from the previous books, but you could definitely just jump in at this one and have an amazing time. The story is so much fun! Tomas is a little older, a little wiser, but just as horny as he was in "Undercover Lovers". While on an assignment in South America, he finally meets his match in Kelly, and they have to juggle getting his job done under increasingly tense circumstances, falling in love with each other, and having crazy wild sex! This book hums with energy, and carries you giggling with excitement from intensity to comedy to hot sex to emotion and back around again in a short, tightly-written erotic romance by an author who knows exactly what she's doing. Highly recommended!

You have subscribed to alerts for Fiona McGier.

You have been added to Fiona McGier's favorite list.

You can also sign-up to receive email notifications whenever Fiona McGier releases a new book.