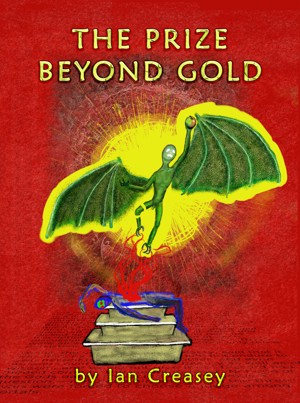 The Prize Beyond Gold

Ian Creasey lives in Yorkshire, England. He began writing when rock and roll stardom failed to return his calls. His first story was published in 1999, and since then he has sold numerous stories to various magazines and anthologies. His spare time interests include hiking, gardening, and environmental conservation work... anything to get him outdoors and away from the computer screen.

His books "Maps of the Edge" (2011) and "Escape Routes from Earth" (2015) are collections of science fiction stories originally published in well-known SF magazines such as Asimov's Science Fiction and Daily Science Fiction.

For a free sample story, download "The Prize Beyond Gold".

Reviews of The Prize Beyond Gold by Ian Creasey

You have subscribed to Smashwords Alerts new release notifications for Ian Creasey.

You have been added to Ian Creasey's favorite list.

You can also sign-up to receive email notifications whenever Ian Creasey releases a new book.