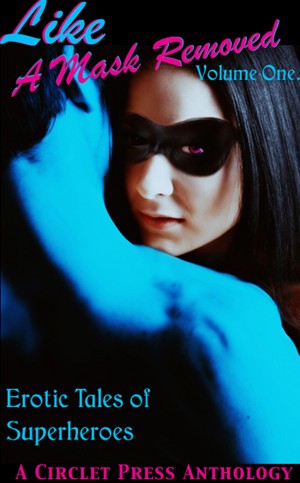 Rated 3.00/5 based on 1 reviews
You don't have to be an evil genius to know superheroes are hot, and not just because of the perfect bodies clad in spandex. Like a Mask Removed, Volume One presents seven stories ranging from vibrant romps reminiscent of the colorful comic book pages they are inspired by to modern experimental literary styles. Includes Lauren P. Burka. Angela Caperton, Tom Cardamone, Michael M. Jones, and more. 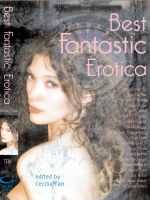 This anthology was an interesting read, covering a number of different pairings and situations to arouse the reader. The stories run from really short with little to no character development to those that allow you into the lives and heads of the characters involved.

The writing is fairly well done, with no overly large mistakes in any of the stories. Each had its own voice which was nice to see in a collection of short stories, and the situations presented were varied enough that I didn't get bored reading them.

However, some of the stories seemed to end abruptly when they felt like they should have continued on or there should have been more substance to the story. The story about the Merman being the one that comes to mind the quickest in this regard. There is a huge build up of back story with very little pay off in the end. I half expected the story to continue on, but unfortunatly it didn't.

The level of violence in the male/male stories was a little disconcerning, especially after the first male/male story in the collection which was rather tender. (though still rather hard and rough, but definatly lacking the violence of later stories) I recognize that this is a turn on for some readers, it just wasn't my own personal taste. (which is why it didn't effect my score for this story)

In the end, this is a good collection, and one that tackles a wonderful topic. Though well written and put together, the stories themselves aren't exceptional. I will say though that they are worth a read, and that if you are into super heros, this collection is for you!

You have subscribed to alerts for Circlet Press Editorial Team.

Would you like to favorite Circlet Press Editorial Team?

You have been added to Circlet Press Editorial Team's favorite list.