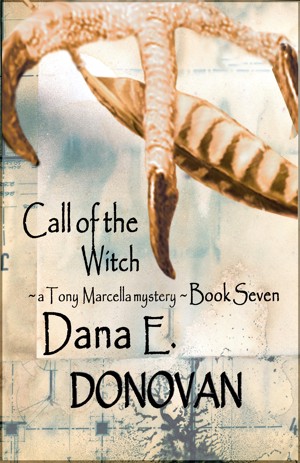 By Dana E. Donovan
Book 7 in the Detective Marcella mystery series.
When Tony calls on the witches’ coven for help in finding a missing girl, he learns that his reluctance to participate in a ritual with Lilith may have cost him the chance of finding her alive
Available ebook formats: epub mobi lrf pdb html
First 15% Sample: epub mobi (Kindle) lrf more Online Reader
pdb
Price: $3.99
$2.99 USD
Buy with coupon Use the code SSW25 at checkout for 25% off during our site-wide promotion!
(Offer good through July 31, 2021 )
Have a better coupon?
Add to cart, then apply your coupon
Add to Library Give as a Gift (using coupon)
Have a better coupon?
Add to cart for gifting, then apply your coupon
How gifting works
Create Widget
Tags: paranormal detective witchcraft witch series
About Dana E. Donovan

Dana E. Donovan grew up in New England where folklore and superstitions can mold a town’s history as much as its people. Such is the phenomenon Donovan exploits in all his books, perpetuating the enigma of small town life and the belief in all that dies is not dead.

Reviews of Call of the Witch (Book 7) by Dana E. Donovan

Review
Bonnie Mahoney reviewed on March 2, 2012
(no rating)
From finding the first Detective Tony Marcella "The Withces Ladder" on Smashwords I have been totally sucked in. The series is very absorbing and every book is interesting. This newest addition to the series finds Tony looking for a missing girl along with his partners Carlos and Dom (who is also married to a witch that is the spitting image of Tony's wife Lilith). Tony is also in a battle with his wife/witch Lilith about consummating their marriage according to witch ways and is typically fighting the inevitable with her while still finding his way around his newfound skills acquired when he joined the witch community and was transported from a 60+ year old man to a much younger 20+ year old version. To really appreciate this story you need to start from the first book "The Witches Ladder" and read forward. Dana Donovan is an entertaining writer and you will be hooked!

You have subscribed to alerts for Dana E. Donovan.

You have been added to Dana E. Donovan's favorite list.

You can also sign-up to receive email notifications whenever Dana E. Donovan releases a new book.