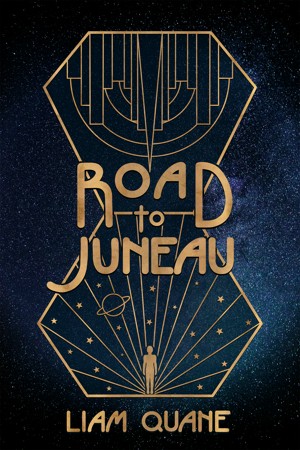 Humanity is rebuilding its cities brick by brick; the damage done to the people, however, is a lot harder to repair. Dan Hardacre is one of those people. An aspiring stage actor and experienced draft-dodger, Dan struggles to find his place within the Utopic rebuild of New York City. When he’s not caught up with the duties of work, Dan lives a quiet life in mourning for his mother, Dyani, who went missing when he was a teenager.

One night, Dan experiences a vivid, terrifying nightmare that puts him right on the front lines of the war for which he dodged the draft; it ends with him facing Death itself in the form of a metallic, faceless humanoid creature that calls itself the Valkyrie. To investigate the reason behind his haunting experience, Dan seeks out a meeting with his estranged father, who reveals the startling truth about Dan’s dream: it wasn’t a dream.

With this newfound knowledge and the powers it brings, Dan makes it his mission to return to the scene of his nightmare. However, he soon comes to know that confronting the Valkyrie not only endangers him but the war-withstanding world he leaves behind.
Available ebook formats: epub mobi
Price: $2.99 USD
Buy Add to Library Give as a Gift
How gifting works
Create Widget
Tags: gods space war time travel superpowers manhattan wormhole planets ww3

Reviews of Road to Juneau by Liam Quane

You have subscribed to alerts for Liam Quane.

You have been added to Liam Quane's favorite list.

You can also sign-up to receive email notifications whenever Liam Quane releases a new book.