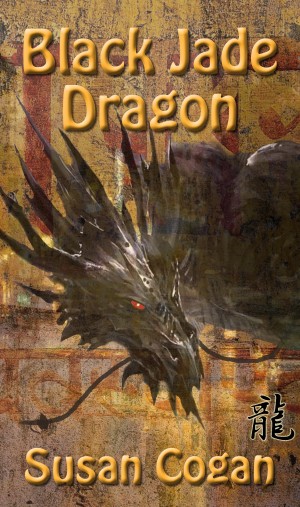 By Susan Brassfield Cogan
Rated 4.50/5 based on 2 reviews
Do not meddle in the affairs of dragons for you are crunchy and good with ketchup. - source unknown....

In the South China Sea is an island that is protected by nine dragons. Angie Tanaka has made one of them really, really angry.

My name is Angela Rosarita Tanaka, but you will call me Angie if you know what’s good for you.

I needed to get out of Hong Kong. To say Hong Kong cops are humorless bastards would be, well something that’s so obvious that it would be silly to say it. Even if I just said it.

If you give a man who owns a fishing boat a big enough wad of cash, he will not ask why you are giving him so much. He will pocket the fistful of bank notes and say the Chinese equivalent of “Where to, Ma’am”? In my case, “where to” was anywhere but here.
Download: epub mobi (Kindle) lrf more Online Reader
pdb
Price: Free! USD
Add to Library
Create Widget
Tags: magic dragon sword girl power shape shift anime and manga
About Susan Brassfield Cogan

Susan Cogan is a full time writer and occasionally amuses herself as a graphic designer. She writes things that she enjoys and she enjoys quite a lot. She has been at various times a nurse’s aid, a belly dancer, an actress, a journalist, and a radio shock jock. Her career is long, varied, colorful, often exaggerated and occasionally untrue. Cogan is the author of many novels: Black Jade Dragon, Dragon Sword, Dragon Rising, The Button Man, The Last Gift, Heart of the Tengeri, Murder on the Waterfront and The Man Who Needed Killing. Her nonfiction works include: Hands of the Buddha, The Buddha’s Three Jewels, and The Pocket Darwin. She has also written numerous award winning short stories.

Liked this! Unusual to find a book about the dragons of Chinese mythology (the sinuous ones sans wings).

Angie Tanaka is a flawed heroine: a thief and a liar. She sometimes makes impulsive choices when prodded by her conscience.

Whilst trying to flee the police, Angie attracts the attention of Daiyu the black dragon, one of 9 that live on the island of Shaolong. Daiyu and her kindred protect the island.

Angie cannot leave without stealing a soft ball sized pearl, but this act leads to tragedy and a grief stricken dragon wreaks havoc.

Fantasy adventure at its best, you'll want to read it in one sitting.

Proof reading is needed to correct the few instances of incorrect word use.

You have subscribed to alerts for Susan Brassfield Cogan.

You have been added to Susan Brassfield Cogan's favorite list.

You can also sign-up to receive email notifications whenever Susan Brassfield Cogan releases a new book.