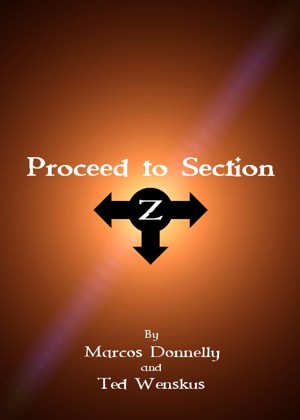 “Proceed to Section Z” is a parody of the old choose-your-own-adventure format popular in paper books of decades past. This short story, the post-apocalyptic adventures of reluctant hero Steffan McFessel, started as a fun thought experiment and wound up inspiring the novel THE MOSTLY WEIRD CHRONICLES OF STEFFAN McFESSEL, also by Ted Wenskus and Marcos Donnelly.

Both literary and slapstick, the work offers two ways to enjoy the plot: (1) by selecting what characters do next at the end of each mini-section and making a one-click jump to the next scene; or (2) by reading straight through all optional scenes to see how the authors mix up the fun and put their characters through their paces.

Marcos Donnelly has been publishing science fiction and fantasy fiction since the early 1990s. His work to date has been praised by the New York Review of Science Fiction as "utterly gripping, very funny, and very clever"; noted by Isaac Asimov Science Fiction for its "wry wisdom, comic zip and brio"; and lauded by Booklist as "brilliant and controversial." His first two novels, Prophets for the End of Time and Letters from the Flesh, are available in print from numerous online retailers, and will soon be available as eBooks at Smashwords. He is a an educator and freelance writer in Upstate New York.

Ted Wenskus is a freelance writer and lives in Greece, NY. He has published several works, including recent short stories in the the horror/comedy collection Strangely Funny, the alternate history anthology Rochester Rewritten, and the UK anthology Rom Zom Com. Ted has also written numerous short plays which have been produced in England, Australia, and throughout New York State. He is currently working on a variety of fiction and theater projects, including his first full-length play. On his rare days off, he enjoys long walks, which to date have included climbing Kilimanjaro and backpacking across Iceland from coast to coast. 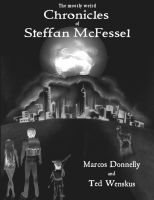 Reviews of Proceed to Section Z by Marcos Donnelly

You have subscribed to Smashwords Alerts new release notifications for Marcos Donnelly.

You have been added to Marcos Donnelly's favorite list.

You can also sign-up to receive email notifications whenever Marcos Donnelly releases a new book.