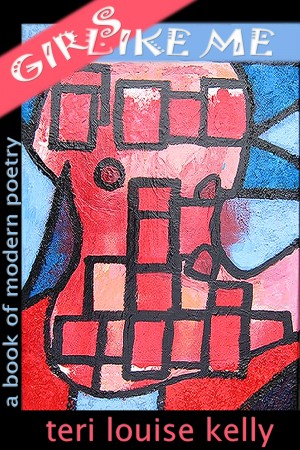 True enough. Tiny little screw ups that can occur in utero, or beyond . . . small shit like chromosomes going awry and the magic hormone fairy forgetting to do her damned job after a heavy night on the juice. Sure, no big shit, get over it – grow some balls, maybe some facial hair, and get drinking. Teri Louise Kelly managed all three in her previous human incarnation when as a surly young tearaway in London, England, she served 'his' time at one of Elizabeth Regina's juvenile detention facilities for wilful destruction of public property, resisting arrest, and assaulting a police dog at a football match. Confused? Well, join the damned club. After muddling through as a 'cute' but rather lippy boy, becoming a chef and traveling the globe, he finally became 'she' in Australia. A strange place to do it for sure, but then again, way down there in the big sandy desert, no one can hear you scream, and, even if they do – nobody gives a wombat's ass.

After all of this, out of the cocoon, emerged Teri Louise Kelly, who quite suddenly, decided 'she' could write. And why not? There were worse aspirations – so, she did. Her first book – 'Sex, Knives & Bouillabaisse', (March 2008) set in the swanky rat-face infested bowels of luxury hotels, earned her critical acclaim in Australia's mainstream press – not bad for an untrained chick with a uh . . . yeah, you get the picture.

Following on in March 2009 with the sleazy reminisces of a low-rent lfe with the novel 'Last Bed On Earth' (six-months in the lice-riddled backpacking industry in Christchurch New Zealand), Teri Louise Kelly started to earn herself a reputation as a fast-talking, even faster-writing, Bukowski-eque with boobs figure. Obviously, she waved away such comparisons, claiming instead in a major interview that she was, in fact, Hunter S. Thompson reincarnated. Whichever she is, or indeed isn't, what remains, is a style that is simultaneously outlandish, candid, and brutal in its literary execution. Stormtrooping into the poetic genre this year (November 2009) with the release of her first poetry anthology 'Girls Like Me', Teri Louise Kelly has delivered a first-up assault on the flowery genre which will either stand, or fall, merely on its content. Never one to shy away from a fight, from speaking her own mind, or doing exactly what she feels is right – Teri Louise Kelly's latest work 'American Blow Job' pretty much extinguishes any mainstream or alternative media fantasy about transgendered writers avoiding their 'pasts'. She currently lives in a holding tank about forty-five clicks of an undisclosed Australian location where she is under heavy sedation and taken out in disguise each day to attend 'happy hour' and gladhand a few numbnuts.

Reviews of Girls Like Me: A Book of Modern Poetry by Teri Louise Kelly

You have subscribed to Smashwords Alerts new release notifications for Teri Louise Kelly.

You have been added to Teri Louise Kelly's favorite list.

You can also sign-up to receive email notifications whenever Teri Louise Kelly releases a new book.