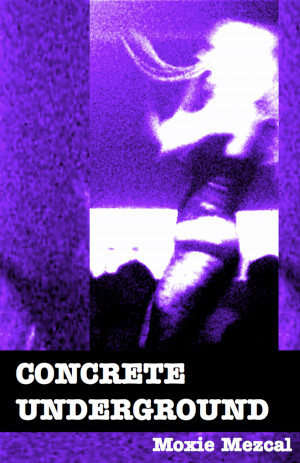 Rated 4.38/5 based on 8 reviews
An idealistic journalist sets out to expose corruption among the city's elite and soon finds himself immersed in a conspiracy of murder, blackmail, espionage, and human trafficking. Pitted against the enigmatic CEO of one of the world's largest tech companies, he must play a deadly game threatens to unearth its players' darkest secrets.
Download: epub mobi (Kindle) pdf more Online Reader
rtf lrf pdb txt
Price: Free! USD
Add to Library
Create Widget
About Moxie Mezcal 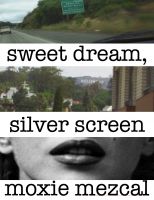 I mostly enjoyed this but it doesn't feel like a finished novel. There are some substantial flaws here. Judging by some of the other writing I've seen I can only imagine that Moxie would agree with me - this one still needs a bit of work.

The first problem I had was that the narrator is very chauvanistic. Considering he works for an "underground" left wing newspaper, it just didn't seem to fit. The way he behaves he quite deserves a sexual harrassment charge or two. In one scene he picks up an unfamiliar girl who is apparently incapacitated by mdma and tricks her into a taxi ride to his abode. The scene is deliberately ambiguous but the thought crossed my mind - was this guy going to rape her? Surely we deserve a better protagonist than this.

There's some really great neo-noir moments but unfortunately the more I read, the looser the writing became. Another scene that didn't feel right was one where the protagonist was directly involved in a murder of a peer but showed no remorse or other feelings whatsoever.

I only got half way through this. I'd love to see a finished, polished version.

Lots of bad language, violence (sometimes gratuitous), sex and unnerving scenarios - used in the right context and well-worded - for me brought the characters good, bad and downright crazy, very much to life. A completely unexpected twist at the end made this a very enjoyable read.

This book oozes quality , a truly modern tale that jumps off the page and bites down , dragging you into its murky depths with you screaming for more .
It moves at a healthy pace and has a good solid feel to it, its roots are a complex story that throws you off balance as it unravells.
Recomended .

‘Concrete Underground’ knocked me out. It takes the noir plot and loops it into a feedback cycle until it breaks. It embraces the implausibility of the hero and squeezes horror out of it. Fast, sexy fun is laid on top of a growing layer of scar tissue on human faces until you can’t tell the difference anymore. It wears its influences on its sleeve and even walks you through them, but it makes something new out of them. A true 21st century novel.

..and Concrete Underground was every bit as good as I expected it.

I loved its dreamy, cyclical nature. I loved the little inconsequential(or not) details, like the art installations, or the description of the faults of mystery fiction, or the pieces of wisdom spoken by unexpected characters in unexpected moments.. I loved its definite Lynch-esque feel. I loved its punk-as-f*ck language.

I will definitely re-read, to catch details I didn't on the first reading, and to enjoy again scenes that stuck with me.

Moxie Mezcal is now in my very short list of writers whose books I eagerly await, and will drop everything else to read.

You have subscribed to alerts for Moxie Mezcal.

You have been added to Moxie Mezcal's favorite list.

You can also sign-up to receive email notifications whenever Moxie Mezcal releases a new book.