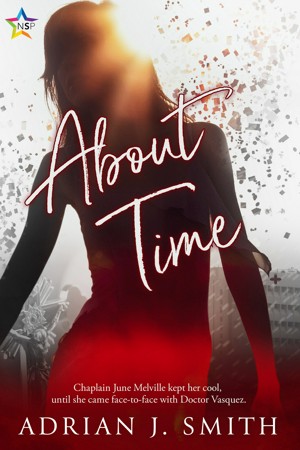 One slip of her tongue, one angry doctor, and her life spiraling into the pits. More
Doctor Giselle Vasquez is consumed by bitterness after the messy break up with her ex-husband, and it’s not until one smart-mouthed chaplain puts her in her place that she realizes she needs to change. With determination, she sets out to become the doctor and woman she wants, and her first step is to make a friend of the enemy.

Chaplain June Melville loves her job and making a difference in her patients’ lives. While she looks put together at work, her home life is about to all fall apart. When she discovers her girlfriend is cheating, June finds herself homeless, alone, and desperate. With nowhere to turn except one angry doctor turned friend, June takes a step in the direction of her own healing.
Available ebook formats: epub mobi pdf lrf pdb txt html
First 20% Sample: mobi (Kindle) lrf pdb Online Reader
Price: $5.99 USD
Buy Add to Library Give as a Gift
How gifting works
Create Widget
Tags: romance lgbt lesbian bisexual contemporary enemies to lovers lesfic slow burn
About Adrian J. Smith

Adrian J. Smith, or “AJ” as she is often called, is a part time writer with an epic imagination, sharp wit, and kind heart that gets her into a bit of trouble when it comes to taking in all the neighborhood stray cats. Being obsessed with science fiction, Smith often goes off on tangents about the space-time continuum. She is also a part time lunatic with a secretive past. It’s been rumored that she was once a spy for the government, but anyone who has gotten close enough to know the truth has never lived to tell the tale. When traveling around the world on various classified tasks, Smith requires the following be provided: buffalo jerky, mimosas, and eighty six pennies. This is all we know about the reclusive woman.

Reviews of About Time by Adrian J. Smith

You have subscribed to Smashwords Alerts new release notifications for Adrian J. Smith.

You have been added to Adrian J. Smith's favorite list.

You can also sign-up to receive email notifications whenever Adrian J. Smith releases a new book.