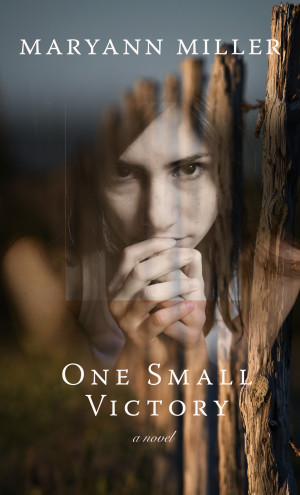 When Jenny sees an item in the newspaper about a special task force forming at the local police department, she goes to the station and demands to be part of that team. She stands firm in the face of objections from Chief Gonzales. He finally agrees to let her work with them as a Confidential Informant if she passes a physical fitness test and a psychological screening. He also tells her that if she works with them it will be in the strictest confidence. She is to tell no one. Not her kids. Not her mother. Not her best friend. No even her dog.

Note: This book was inspired by a true story.

“One Small Victory is great Romantic Suspense and a read you won't want to miss.” Victoria Kennedy, Midwest Book Reviews

“One Small Victory is not for the faint of heart, but it is an excellent, well-crafted novel. The tension is all pervasive, and heat, rage, sorrow, despair, and all-enveloping terror fill every page.” Carolyn Crisher for Romance Reviews Today

“The resolution of these {personal} threads is most satisfying, in that they aren't neatly resolved, much like real life. The undercover side of One Small Victory is exciting and fast paced." Reviewed by Larry W. Chavis for Crime & Suspense

"One Small Victory is an engrossing suspense thriller with a hint of romance that is intelligently kept very minimal and mostly off page." Harriet Klausner for Amazon.com - 5-stars

A diverse writer of columns, feature stories, short fiction, novels, screenplays and stage plays, Maryann Miller has won numerous awards including being a semi-finalist at the Sundance Institute for her screenplay, A Question Of Honor. She has also won the Page Edwards Award for short fiction.

Her work has appeared in regional and national publications, and the Rosen Publishing Group in New York has published her non-fiction books for teens, including the award-winning Coping with Weapons and Violence In School and On Your Streets.

One Small Victory was first published in hardback from Five Star Cengage/Gale and is now available as an E-Book. She has other books published, including a romance, Play it Again, Sam, several short stories, and a book for tweens, Friends Forever.

Other experience includes extensive work as a PR consultant, a script doctor, and an editor. For her editing rates, visit her Web site.

Miller lives on some acreage in the Piney Woods of East Texas with her husband, one horse, two goats, two dogs, three cats, and an assortment of moles and gophers the cats have been unsuccessful at catching.

When not working, she enjoys theatre, both onstage and off, and is an avid reader.

Reviews of One Small Victory by Maryann Miller

You have subscribed to alerts for Maryann Miller.

You have been added to Maryann Miller's favorite list.

You can also sign-up to receive email notifications whenever Maryann Miller releases a new book.