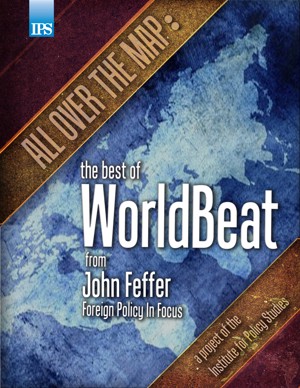 All Over the Map

John Feffer is the co-director of Foreign Policy in Focus at the Institute for Policy Studies. In 2012, he is also an Open Society Fellow looking at the transformations that have taken place in Eastern Europe since 1989. He is the author of several books, including Crusade 2.0: The West’s Resurgent War against Islam (City Lights, 2012) and North Korea, South Korea: U.S. Policy at a Time of Crisis (Seven Stories, 2003). He has also produced three one-man shows and published a novel. He has been a Writing Fellow at Provisions Library in Washington, DC and a PanTech fellow in Korean Studies at Stanford University.

Reviews of All Over the Map by John Feffer

You have subscribed to alerts for John Feffer.

You have been added to John Feffer's favorite list.

You can also sign-up to receive email notifications whenever John Feffer releases a new book.