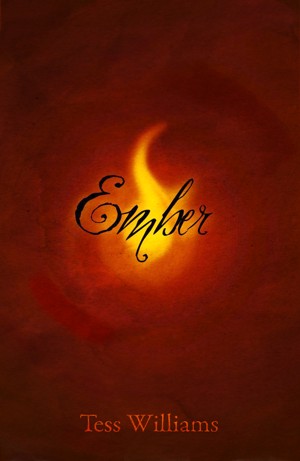 Insecurity and logic have always kept the wild, adventurous spirit of seventeen year old Evelyn Avest stuck in her home town of Tiver. Now, with the Order, an all male fighting league, she finally feels like she’s found her place. If she wants to stay she’ll have to prove her worth as a magic Artisan. The problem is, the only one who can teach her to do that is one particularly infuriating, exasperating, cocky, self absorbed, gorgeous, powerful, hot, well… Jerk. A war is coming, and in the end, the girl who should not be there… will become the only answer.

At five years old, Tess was walking down a gravel path and saw that one of the rocks had been kicked away into the grass, all alone. She was instantly upset, cradled the poor rock in her hands and returned it to it’s family of fellow rocks. She told me a story then, of how the rock had come to be all alone, complete with romance, intrigue, and betrayal. She was never without a book. And had read the complete Lord of the Rings Trilogy four times before the age of thirteen.
It is with this kind of imagination, passion, and love for stories, that Tess now wrote her young adult fantasy novels. She began writing her first novel, Ember, at age sixteen and didn't stop.

A great story.
Not as much of the girl-must-choose-between-the-boys drama as I had expected, thankfully. While it still fits that cliché, the introduction pretty much gives warning enough, in case this is not your type of story.

The girl has a lot of spunk, and she makes for a believable and lovable heroine, flaws included. A strong female lead, but in an honest way (not the outmatching-boys-after-5-days-training type).
The introduction of the world is minimal. Having magic and fighting bad guys must suffice as the surrounding setting.
That setting seems to be human-vs-other, good vs evil, without historical or broader explanation.
I like that it's exploring the world in the story, not starting with a monologue; but the world still seemed somewhat bare even at the end.
I also like that it doesn't try to fit into some existing place or setting; but it's a curious mesh of horse-carriages, blacksmiths and teen nightclubs.
And of course an Order of boys fighting the bad guys, quite the fantastical place.

The real care is in the character interactions, and here the story shines and will draw you in until the end.

Sadly our girl is not really fleshed out in the beginning, oscillating strangely between behaviour of a little kid and a more mature personality and it was obvious the author had yet to find their stride.
But as the story fleshes out, her personality settles as well.
Also, after first brushing off a strange abduction-attempt as a non-event apparently, every time after the guy's name is merely mentioned,
she suddenly falls apart at the seams - that felt really misplaced, and you'll just have to assume there is some part of the story missing there.

The second half of the book was apparently overlooked by the editor, because it increases in typos, and missing words in unfinished sentences. It's a bit annoying, but not extremely so.

4.5/5 stars...could be a solid 5 if not for frequent and often distracting typos. Aside from requiring a copy editor, "Ember" is an engrossing story with a diverse and colorful ensemble of characters. Only the "bad guys" seem one-sided and overly simplistic, though the author hints at more dimension in the subsequent novels of this series. She also does a fabulous job in slowly revealing details about the fantasy setting and its history--without losing touch with the present problems of the trio of lead characters, who read more like modern-day teenagers than those of typical high fantasy. The effect is a quick-paced, witty, and very entertaining novel. I look forward to following the rest of the series!

Good book. Just waiting for the next one

Awesome Book!! Loved it, and wish the sequel was available right now!!

It was a fun book, I laughed a lot. It just needed a few changes in the spelling and wording then it would be perfect can't wait for the next one!!!

You have subscribed to alerts for Tess Williams.

You have been added to Tess Williams's favorite list.

You can also sign-up to receive email notifications whenever Tess Williams releases a new book.