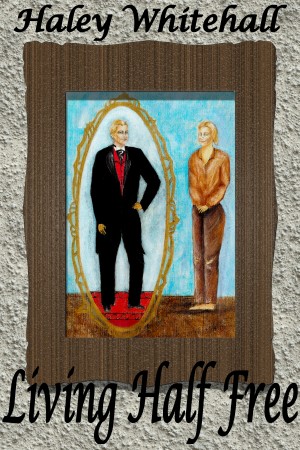 Haley was telling stories before she could write. When she was four, she woke her parents up to write down her burning ideas. Growing up on John Wayne movies and the Little House on the Prairie books, she has always loved historical fiction.

For ten years Haley developed her writing craft and voice by studying authors such as Avi, Ann Rinaldi, and Mark Twain to name a few. She received her B.A in history through Central Washington University. During all her research, her soul was pulled deeper in the 19th century U.S.

Using her words to transport people back in time continues to give her a thrill. Sometimes she wishes she could escape the present and float down the Mississippi River on a raft. But then again, just writing another historical fiction novel is a much safer journey.

You can visit her at HaleyWhitehall.com 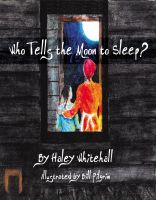 An intriguing story, and a great read. I was really captivated by Zachariah's story, it really keeps you reading.

One thing I really liked about the book is that it tells of slavery, but also tells of native Americans in the early reservations. I really didn't know much about the ideas of native Americans on slavery, so I found it very interesting to read about this. The novel is very descriptive, and really brings the characters and the era to life. Though I do wonder if the story could actually have occured, it is quite convincing.
It really leaves you with something to think about. The situation of a slave who is white, but treated as black makes you wonder about what the colour of skin really means, and the fact that Zachary is respected as long as nobody knows his descent shows how strange it really is that people judge others purely based on race. Zacharies thoughts on slavery really show how important freedom is, even if your 'master' treats you well.

This book was very engaging and honest. I found some statements in this book had real logic behind it. For example, Zachariah's take on religion after having to renounce his faith under a severe betting. Why would a white Christian God care about a black slave if he allowed his white Christian followers to treat the black Christians they way they did?

This book also shows how every race of people felt that Africans were the "bottom of the barrel". They received no respect from even the Native Americans. Zach got away with his "white-life" for quite awhile but it was bound to get caught. His children could have gotten him caught, Catherine could have slipped up.

In the end, he got to be with those he loved, so it worked out...for him.

If you're offended by harsh racial epithets and violence, you might not want to read Living Half Free, a first novel by Haley Whitehall. Set in the South before, during, and after the Civil War, it tells the story of Zachariah, a very light skinned black who is held in slavery, and who is sold away from his family, and taken from Virginia into the deep South, where he faces harshness and bigotry worse than he's ever encountered.

Over time, he earns his freedom and meets a young Indian woman, Lillian, and the two fall in love. Able to pass himself off as white, he's able to live with Lillian on the reservation, until the arrival of the sadistic son of his second master uncovers his identity. Zachariah then learns that prejudice runs just as deep among the Indians as the whites and is forced to accept being put back into slavery to save Lillian from the tribe's harsh punishment. Lillian uses her wiles to free him once again, and the two of them flee to California where the prejudice is less.

As you follow Zachariah through his life, beginning in Strasburg, Virginia in 1838, to San Francisco in 1867, you will be alternately moved and repulsed; moved at how his strong faith helps him survive the severest of conditions, and repulsed at the depths of depravity to which some people can sink in their treatment of others.

This is a great story, only a bit in parts by what is difficult for even the most experienced writers - dialect that sometimes doesn't ring quite true. Dialect, when written, depends on the reader's pronunciation to be rendered, and having grown up in the South in the 50s and 60s, when some people still spoke much like they did during the 19th century, as well as being a writer and teacher of English, I found some of the words and sentences a bit difficult to comprehend, and not like I recall old people of my childhood talking. The author can be forgiven, though; this is one of the most difficult skills to master, and some of us never truly get it. Once you get past these few glitches, though, you'll find this a good read, for a first timer who I predict will get better with time.

Living Half Free is a powerful book that puts you face-to-face with the Civil War era by experiencing slavery through the eyes of Zachariah. Just like any man he has hopes and dreams for a better future, but as a slave he never believed he would see them. When he meets a Cherokee woman fighting for her own freedom within her reservation he finally has hope of his dreams coming true, but will his past ever truly let him go?

This book is historically accurate to the social relationships of the time and contains racial slurs and violence.

This is an historically accurate novel which brings to the fore all of the emotions felt during and post the days of slavery. We fear, become angry, are filled with dread and terror as we read about the abuse incurred. Zachariah is a man who is forced to walk in two worlds, while remaining true to himself. Defiantly worth the read.

I have just finished reading Living Half Free by Haley Whitehall. I was taken back in time to the the dreadful days of slavery. I felt mixed emotions reading this book. I felt anger, terror, and dread, as I read of the sadistic abuse. I cried, and rejoiced,along with Zachariah as he struggles along. Was extremely happy for him when he found love with the Cherokee woman, Lillian. Haley Whitehall has done an excellent job of bringing this story to life.

The author’s focus on historical accuracy shines in Living Half Free, her first published story of a young white-skinned slave named Zachariah. For many contemporary people, Zachariah’s trials might seem outlandish, or even unthinkable by today’s standards. But this book is set in the pre-Civil War period, when the institution of slavery was alive and well, in all its harsh clarity. The author simply brings the truth to light through the main character.

In this story, we see how few choices Zach has in his life. We cringe at how he’s forced to live, at the abuse he suffers. And all along we root for him to get and hold onto freedom and happiness, though we know it’s unlikely he’ll ever have either for very long. His light skin and light hair allows him some freedom, but in the old days, even one drop of negro blood made a man a slave. And sadly, a slave Zachariah will always be. But to whom is the question?

I think the book is aptly named. Zach will ever be half free as he’s forced to straddle two worlds – the white world and the black world - and try to remain the master of his soul.

You have subscribed to alerts for Haley Whitehall.

You have been added to Haley Whitehall's favorite list.

You can also sign-up to receive email notifications whenever Haley Whitehall releases a new book.