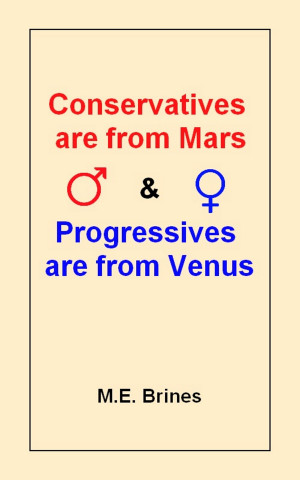 This is a well written read, though I gave it four stars because I felt it could have been more balanced instead of so slanted towards one side, in this case conservative. I think of myself as neither progressive or conservative and I've noted both sides have their cronies, crooks, and monsters. Just like there is bias and prejudice from the progressives against conservatives and Christians that leads to cruelties and harassment in some cases, one cannot ignore the cruelties and harassment that conservative minded people have given women, gays, the poor, and others who differ from them either. Things such as using antiabortion laws to embarrass and harass women while refusing to strengthen rape and domestic violence laws that would better protect them, allowing blatant redistricting and gerrymandering to secure votes, and attempting to cut aid for the poorest among us without creating the jobs and support such people would need to get off the 'welfare hamster wheel' directly come to mind. This isn't to say that progressives haven't and wouldn't do similar things if they were to have as strong political presence or power that conservatives do in those areas,just that neither side is really any better than the other these days. Either way, Brines hopefully will keep up the good work as his works are always fascinating to me.

(reviewed the day of purchase)
Francis W. Porretto reviewed on May 30, 2012

On the whole, this is very well done. It does contain a few clinkers, and it's not always completely fair to either progressives or conservatives, but it does encapsulate and adequately explore the prevalent mindsets of the two major political families -- and mindsets are far more potent than the quasi-rational ideologies to which the two purport to adhere. That's a pretty good accomplishment for twelve thousand words.

A key insight about the current non-dialogue between Left and Right comes from (I think) G. K. Chesterton: "You cannot reason a man out of something he did not reason himself into." Most of us acquire our politics in a non-rational (not to say "irrational") fashion: we inherit them from our parents, or absorb them from our social circle, or deliberately adopt them for some other sort of access or advantage -- and the mindsets that serve as their underpinnings tend to come with them. This gives contemporary political affiliations a religious aspect that can be extremely difficult to offset by objective discussion of facts and reasoning.

Also, though there are more mindsets than the two dominant ones on which your essay concentrates, there's a powerful dynamic behind the dominant ones: those who approach their political views from other mindsets tend to tug the forelock to the dominant ones, which tend to be more self-assured, and readier to condemn and exclude those who deviate. When the prize is power, those who are most avid and least scrupled will possess a permanent advantage over everyone else. (Cf. Friedrich Hayek's "The Road To Serfdom.")

Apropos of conservatism: Conservatives are moving ever closer to libertarian / classical-liberal positions on virtually every subject. The older conservative, once derided as "he who believes that nothing should ever be done for the first time," has largely given way to a more analytically minded sort: aware of the Washingtonian maxim about the danger from government and determined to discover just how far Leviathan can be trusted. These younger, newer conservatives have resisted pro-freedom conclusions very seldom, and always on topics where their position is at least arguable and rationally defensible.

Apropos of left-liberalism / progressivism: You would probably enjoy Evan Sayet's YouTube piece from a few years back about the left-liberal's view of history. His thesis is basically, that in the left-liberal view, "nothing has ever worked." Of course, to say that something has or hasn't "worked" requires a set of criteria for evaluation. The left-liberal / progressive has extremely demanding criteria, which in all probability no imaginable sociopolitical system could ever meet. But a scheme of evaluation which awards a failing grade to any and every imaginable system constitutes a wonderful reason for grasping at power and never relinquishing it, doesn't it?