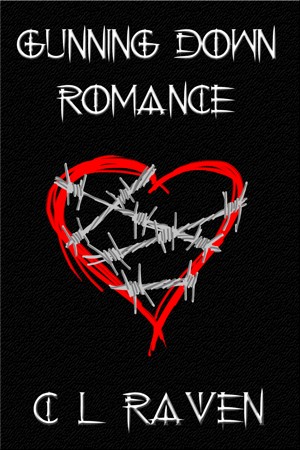 Three chilling stories themed around the dark side of love - one woman embarks on a grisly quest to create the perfect lover; a man uses his life's work to ensure his lovers stay with him forever and a reincarnated saint has a unique, macabre way of punishing unfaithful lovers which keeps her alive. All their unfortunate lovers will experience a Valentine's Day they will never forget.

C L Raven are identical twins and mistresses of the macabre from Cardiff. They’re horror writers, as ‘bringers of nightmares’ isn’t a recognised job title. They spend their time looking after their animal army and drinking more Red Bull than the recommended government guidelines. They write short stories, novels, and articles for Haunted Magazine and have been published in various anthologies and horror magazines. They’ve been longlisted in the Exeter Novel Prize twice, the Flash 500 Novel competition twice, and the Bath Novel Award. Soul Asylum was shortlisted in the 2012 National Self-Publishing Awards and Deadly Reflections was highly recommended in the 2014 awards. Several short stories have also been long and shortlisted in various competitions. They recently won third prize in the British Fantasy Society Award. In 2015, they were published in the Mammoth Book of Jack the Ripper, which makes their fascination with him seem less creepy. Along with their friend Neen, they prowl the country hunting for ghosts for their YouTube show, Calamityville Horror and can also be found urb exing in places they shouldn’t be. They also unleash their dark sides playing D&D/RPGs and gracefully fall off poles as they learn PoleFit.

Also in Series: Romance Is Dead

You have subscribed to alerts for C L Raven.

You have been added to C L Raven's favorite list.

You can also sign-up to receive email notifications whenever C L Raven releases a new book.