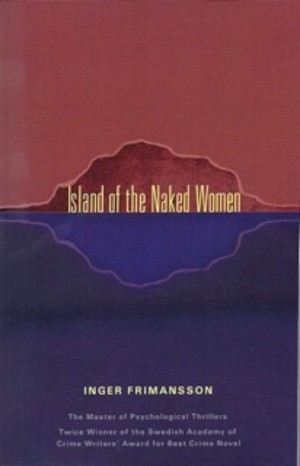 The Island of Naked Women

By Ingar Frimansson
Tobias, a mystery writer, returns to the family farm to care for his father. There he is allured by his father’s young wife Sabina. Meanwhile, Hardy, the hired hand, scoffs at Tobias’ city ways, while encouraging Sabina’s mentally challenged son Adam to turn into an Elvis impersonator; and Ingelize, who runs a riding school, finds Tobias irresistible. Soon death strikes and chaos ensues.

Inger Frimansson, author and journalist, is considered by critics to be Sweden’s premier author of psychological thrillers. They place her novels in the same class as the best English and American novels in the genre. Inger Frimansson’s writing is characterized by the way she sees the dark and morbid reality behind what seems to be an idyll. Her style is concise and suggestive and she has established herself as one of Sweden’s bestselling thriller writers. Frimansson is the only female writer to be awarded twice with the Swedish Academy of Crime Writers’ Award (for Good Night, My Darling in 1998 and for The Shadow in the Water in 2005, both of which have been published by Caravel Books).

You have subscribed to alerts for Ingar Frimansson.

You have been added to Ingar Frimansson's favorite list.

You can also sign-up to receive email notifications whenever Ingar Frimansson releases a new book.