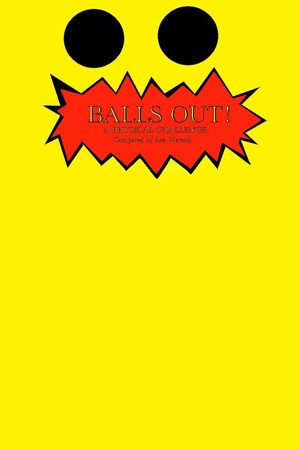 Balls Out: A Physical Challenge

Rated 5.00/5 based on 2 reviews
This is not a typical book. If you are looking for that sort of thing, go read something by Chuck Palahniuk. Rather, this is a compilation consisting of various male sexual conquests. It is also a way of making acts of intercourse more challenging. Sex is fun, but it can get mundane without a twist every now and then. Balls Out: A Physical Challenge hopes to provide that to you.

Once upon a time I was born to a loving family. Years later, I became a teenager who didn't know how to relate to his peers, let alone the opposite sex. Because of these collective experiences, I decided to major in Sociology once I hit college. Once enrolled, I used the information learned from a few women's studies classes and began to better understand the opposite sex. My undergraduate thesis paper was a comparative evaluation of the evils of both men and women. I drew the conclusion that both sexes use each other to fulfill their own selfish desires, regardless of gender. Instead of having a cynical outlook on my findings, I chose a more humorous approach and wrote my first book: "Balls Out: A Physical Challenge." This book has been called sexist and devoid of originality. My purpose for writing the book had little to do with sending woman's rights back to before Seneca Falls, or winning a Pulitzer. I simply wrote is for kicks and giggles. I am also aware that my degree and I will both probably be bachelors for the rest of our existence.

I don't know if I'd really call this a book, but whatever it was came across as very original. WARNING: This book is very vulgar! NSFW

Awesome book... Definitely not what I expected when I was looking at it, but was worth it...

If you and your buddies like to compete, definitely get this book...

You have subscribed to alerts for Ace Waverly.

You have been added to Ace Waverly's favorite list.

You can also sign-up to receive email notifications whenever Ace Waverly releases a new book.