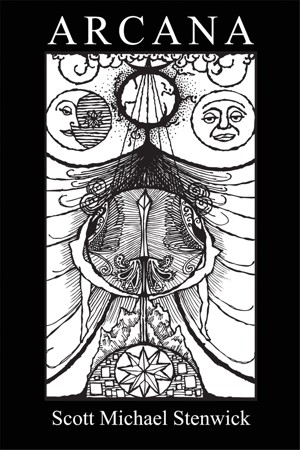 After a terrible magical accident the Guild is divided and distracted. Guild initiate Michael Niemand and A?A? initiate Samantha Davis must unite the members of their respective magical orders against Balzador’s machinations if any of them hope to survive. Complicating their task further, the government magick office has taken an interest in the Demon and the Guild and seeks to use both for its own purposes. As Balzador’s plans unfold, the two magicians struggle to stop the binding spell and find a way to destroy the immortal Demon. But will their efforts prove too late?
Available ebook formats: epub mobi pdf rtf lrf pdb html
First 15% Sample: epub mobi (Kindle) lrf more Online Reader
pdb
Price: $4.99 USD
Buy Add to Library Give as a Gift
How gifting works
Create Widget
Tags: occult demons magick magicians aleister crowley thelema scott michael stenwick
About Scott Michael Stenwick

Scott Michael Stenwick was born in Minneapolis, Minnesota in 1969. A natural storyteller from early childhood, he was drawing pictures and assembling them into simple narratives before he could read or write. In elementary school he was exposed to computers when his school acquired an Apple II in 1977 and has been writing and programming ever since. He developed an interest in esoteric studies as a teenager following in the footsteps of his great-grandmother, a professional astrologer and medium, and began practicing ritual and ceremonial magick.

Scott attended Saint Olaf College in Northfield, Minnesota and graduated in 1991 with a degree in psychology. In college he worked on two novels in addition to his studies but eventually decided that neither was suitable for publication without substantial revision. After graduation he went to work in the computer field and built a career as a software developer and information technology consultant. In this capacity he has worked for several Fortune 500 companies and designed and developed numerous business applications.

Scott lives in Minneapolis with his wife and two daughters. After years of solitary magical and mystical work, he joined Ordo Templi Orientis in 1995 and became a Freemason in 1997. In addition, he is part of a smaller magical working group that has been in operation since 2002 and performed numerous experimental workings seeking to advance the general body of magical knowledge.

You have subscribed to alerts for Scott Michael Stenwick.

You have been added to Scott Michael Stenwick's favorite list.

You can also sign-up to receive email notifications whenever Scott Michael Stenwick releases a new book.